The new face of Florenc will be designed by architects from UNIT, A69, and MARKO&PLACEMAKERS

The winner of the international urban design competition for the new face of Florenc has been announced. The winning team includes the architectural studios UNIT architects, A69 – architects, and MARKO&PLACEMAKERS. The proposal for the neglected area combines complex transport infrastructure with newly designed streets, squares, and residential buildings. The international jury also made its decision based on the comments received from the public on the final designs. 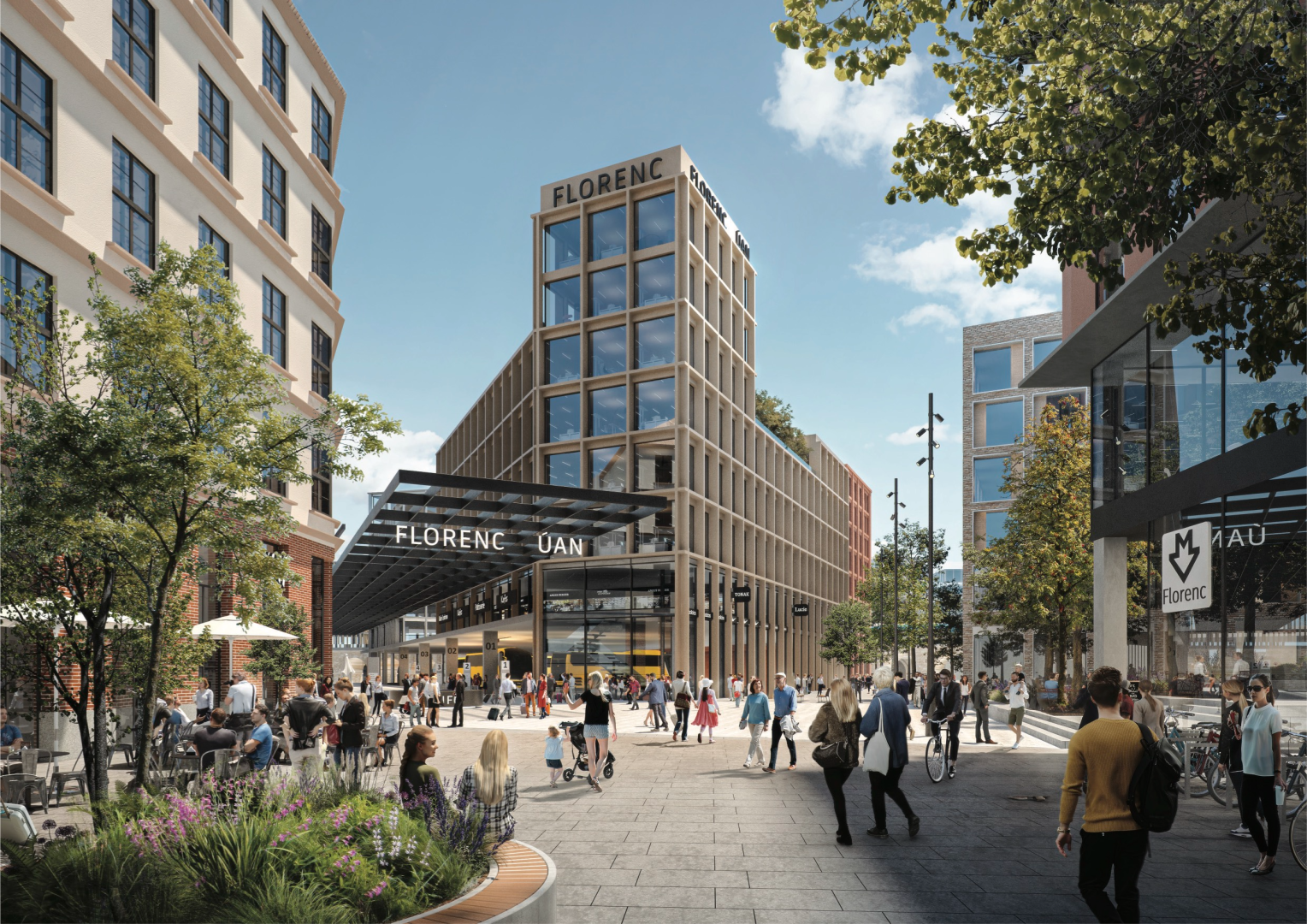 Florenc is one of Prague's busiest transport hubs, but it is also a brownfield site just one kilometer from Old Town Square. The City of Prague reached an agreement with the owners of the land, ČSAD Praha Holding and Masaryk Station Development, and together, with the support of the Prague Institute of Planning and Development (IPR Prague), they announced an international urban design competition called Florenc21 in March 2021. The goal of the competition was to select the best proposal for the redevelopment of this complicated area, which has been encroached upon by infrastructure for decades.

The winning team presented a highly permeable neighborhood of traditional streets defined by the facades of buildings with shops and restaurants on the ground floor. The proposal connects all of the surrounding neighborhoods and heals the wounds left behind by the construction of transport infrastructure in Florence. The team has proposed a multifunctional building inspired by the First Republic palaces on Na Florenci Street before the arterial road. Culture should also be able to find a place here, and the triangle formed by the two arms of the Negrelli Viaduct at Křižík Street invites transformation into an urban market. Stalls and shops can also occupy the arches directly under the bridge. The next step will be to develop the proposals into an urban study.

Out of a total of 57 entries, the Swiss partnership of agps Architecture and Atelier Girot; IBV Hüsler and the Dutch de Architekten Cie.; LOLA Landscape Architects with the Czech studio M2AU; made it through to the final round of the competition. Both of the other two finalists were tied for second place.

Petr Hlaváček, Prague’s First Deputy Mayor, says: "A key part of the whole area is the Prague arterial road, which the contestants addressed in their designs. The winning proposal considers a future solution for the arterial road in the Těšnov area that provides an opportunity for the creation of a new urban park. As a result, the debate regarding it continues to deepen. I am pleased that a very strong jury was assembled  to select the best proposal. I believe that this step has moved us a few kilometers closer to Europe."

Ondřej Boháč, Director of IPR Prague, notes: "Florenc is a scar on the city of Prague, which will finally be healed thanks to this competition. I would like to thank the current city administration for the fact that, in a very short time, they achieved a miracle by Prague standards, because they managed to reach an agreement with all of the politicians, investors, and owners. I am very pleased that a competition with public participation was undertaken, and I believe that this will become the future standard."

Florenc, however, will continue to house the bus terminal that connects Prague to the rest of Europe. In the future, the terminal will undergo modernization and integration into the city's structure. The winning team will work closely with the operator of the bus terminal, ČSAD Praha holding a.s., to further develop a vision for the future of this hub.