A 56-hectare piece of land on the left bank of the Prague Meander is set to undergo gradual transformation. In the months ahead, Prague will be announcing a competitive dialogue as it seeks multidisciplinary international teams to define the future of this area’s development. A natural metropolitan park is to be created here, forging a link between the city, people, and the river, while also providing flood protection. This site in the immediate vicinity of the river is one of the most dynamically developing parts of the metropolis. For example, the future Vltava Philharmonic Hall will stand on the opposite bank. 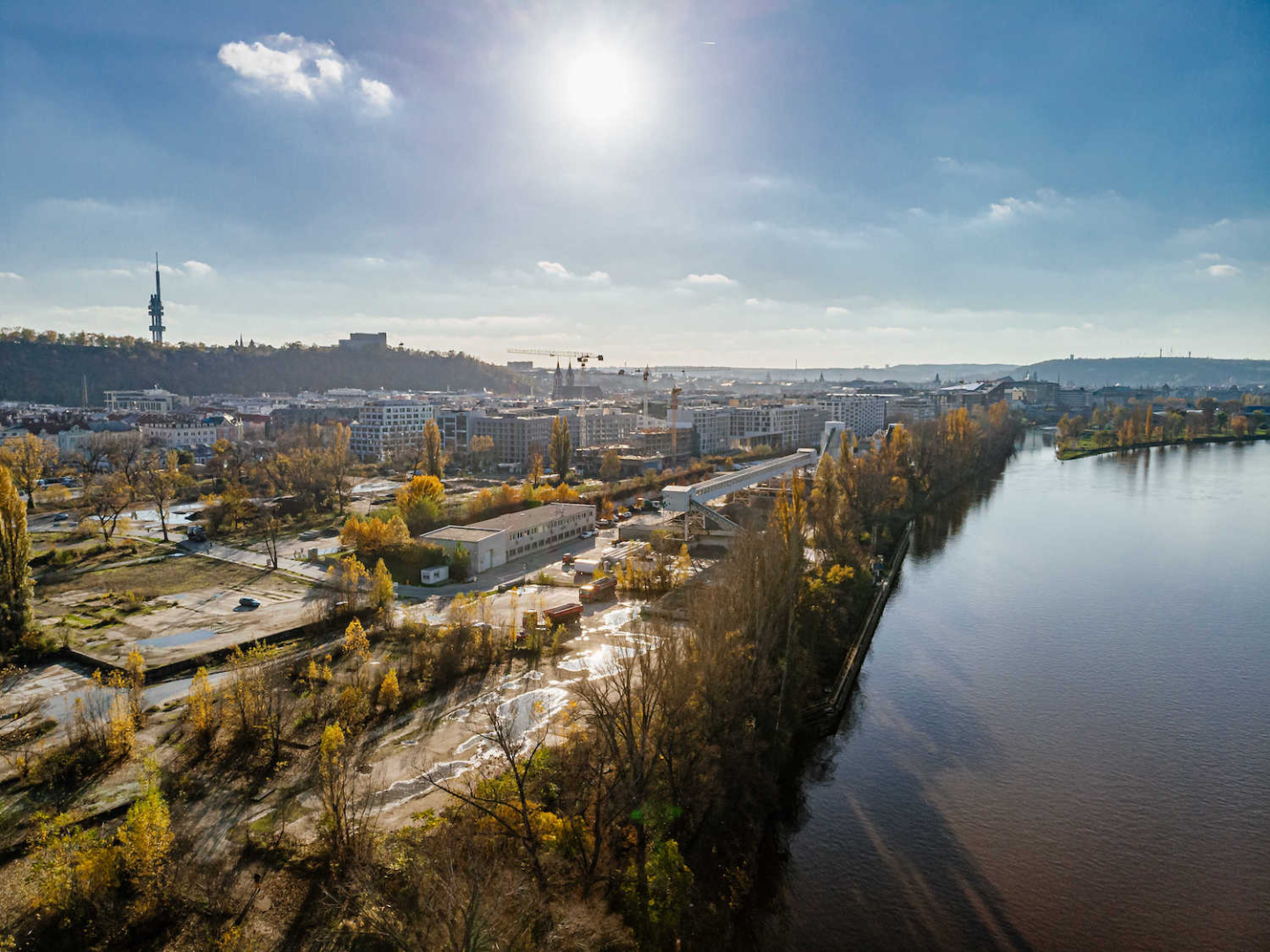 In the coming months, the Prague Institute of Planning and Development (IPR Prague), which is the Czech capital’s main conceptual workplace when it comes to the architecture, urban planning, development, design, and administration of the city, and Prague City Hall will announce the tendering procedure, which will take the form of a competitive dialogue. A multidisciplinary team consisting of landscape architects, architects or urban designers and water engineers is being sought to create a new future for the56-hectare area along the Prague Meander. “The aim of the project is to prepare a Rohan Island and Libeň Island Concept Plan, i.e., a strategic development plan for the next decades, and, most importantly, to draw up a detailed landscape study of the Maniny Park project, which will provide flood protection and bring people closer to the river,” explains Petr Hlaváček, the Deputy Mayor responsible for Territorial Planning.

The site of the Prague Meander

The Czech capital’s broader center and the Prague Meander have been witnessing dynamic transformation in recent years. Karlín and Libeň, the districts directly affected by the project, are currently among the fastest developing areas in Prague. These originally working-class neighborhoods, which bore the brunt of the devastating floods in 2002, are now among the most desirable city’s locations and unfortunately have become a symbol of Prague's gentrification. The last 20 years have seen large-scale construction of office buildings and apartments. Parks and other public spaces need to be connected to form a functional network. It is also necessary to interlink the new building development projects with the original historic quarter, and to connect it to the river. Ultimately, the area also needs to serve as a sufficient flood protection of the city.
“The competitive dialogue concerns a 56-hectare site alongside the Vltava River, the vast majority of which is not developable with buildings. The future handling of this area should respect the history of the site, build on its character, strengthen its identity and reflect the wildness of the local landscape,” says Petr Hlubuček, Deputy Mayor of Prague for the Environment. There are many communities and stakeholders on the site – cultural organizations, sports clubs, allotment associations, the concrete plant, and the Port of Libeň to name a few. IPR Prague has been in contact with most of them for more than a year. Several workshops and events for local participants were held in spring 2021, the results of which form the brief for the tendering procedure of competitive dialogue. A full evaluation of public participation or historical and scientific research study of Rohan Island and much more information can be found on the project website (here).

The Rohan and Libeň Island Project is the third large-scale green project to be implemented on the Vltava River. The largest are Troja Valley and Confluence Project, but there can be found many more projects along the river. “The exceptional cubist Libeň Bridge, restoration of which is under preparation, is in the area. Its reconstruction will be followed by a new foreshore bridge providing a direct barrier-free connection to the future Maniny Park, explains Ondřej Boháč, director of the Prague Institute of Planning and Development. The opposite bank of the river will be home to the Vltava Philharmonic Hall, for which an international architectural design competition was announced in August 2021.

Maniny Park, a project created as a flood protection measure that includes the creation of a new canal, has long been included in the Prague Land-use Plan. A zoning decision was issued for it back in 2008, and half of it has already been granted a building permit. However, the current design of the park is outdated. A new landscape design for the park needs to be drawn up. The competitive dialogue will focus on the specific form, design and functioning of this newly created canal and the landscape around it. However, the project needs to be set in a broader context, which is why the tender also includes the creation of the Rohan and Libeň Island Concept Plan. In this light, we also expect the production of a strategic development plan for the next few decades, an urban design proposal that will address the future development of the riverside landscape

What is meant by competitive dialogue

The tendering procedure will take the form of a competitive dialogue. This process is much more flexible than a traditional design competition and is not anonymous. The main advantage of competitive dialogue is that the brief can be developed incrementally as the proposals and opinions of all the participants evolve. At the heart of competitive dialogue is joint debate between all stakeholders – landscape architects, architects, urban designers, water engineers, politicians, administrators, and important local entities. This is a means to gain a comprehensive understanding of the site, its qualities, and problems, and to understand the requirements of all stakeholders and areas of expertise in the relevant context, and thus to have a better grasp of them. Within the framework of competitive dialogue, several proposals are created in parallel by multidisciplinary teams and presented at common workshops on an ongoing basis – all participants have the opportunity to comment at all stages of the design process (from the concept to the final design).

Who can apply for the competitive dialogue
The competitive dialogue is open to multidisciplinary teams consisting of landscape architects, architects or urban designers and water engineer experts. The aim is to gain a long-term partner for the development and management of this area. The teams will be selected by an eleven-member multidisciplinary committee with members from the Czech Republic and abroad. Experts on landscape, urban design, sustainability, social issues, biology, water management and other fields will be invited.

IPR Prague releases a new analysis of Airbnb. The number of short-term apartments has fallen by half, but Prague is readying itself for an increase after the pandemic. 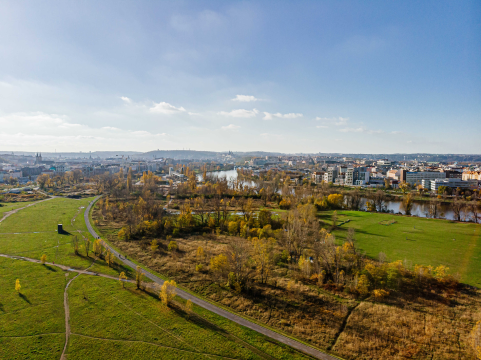