Malostranské náměstí is one of the most visited places in Prague. We therefore, in cooperation with the city, announced an urban-architectural competition for an ideological solution for the entire space in 2014. The winners were the architects Martin Hájek, Václav Hájek and Petr Horský. 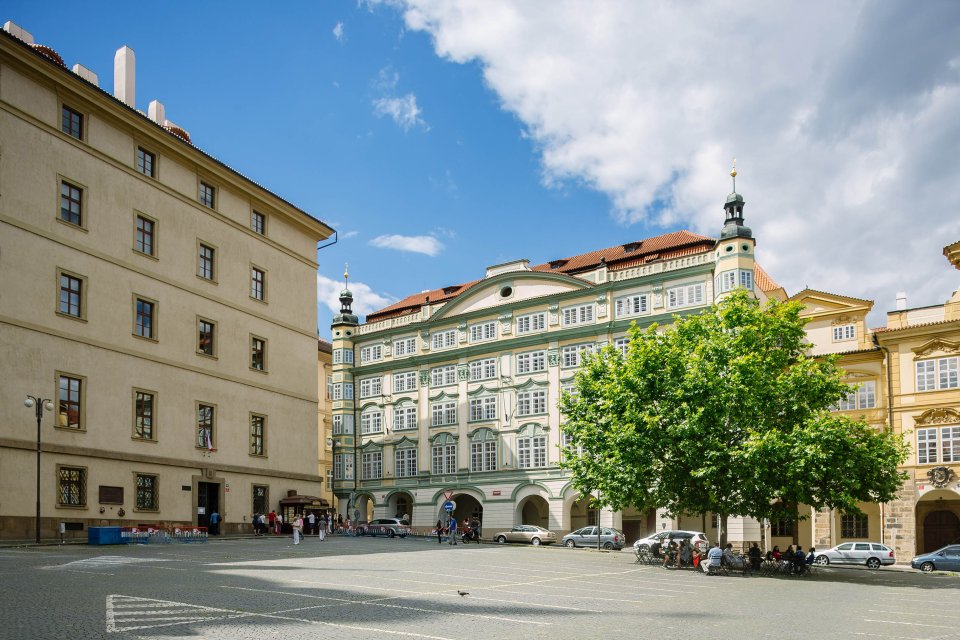 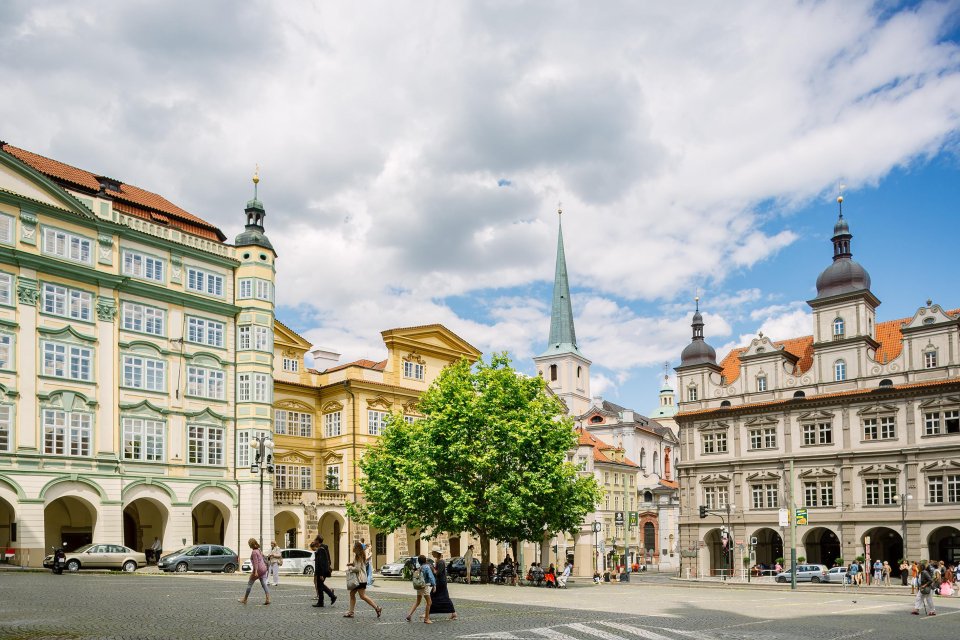 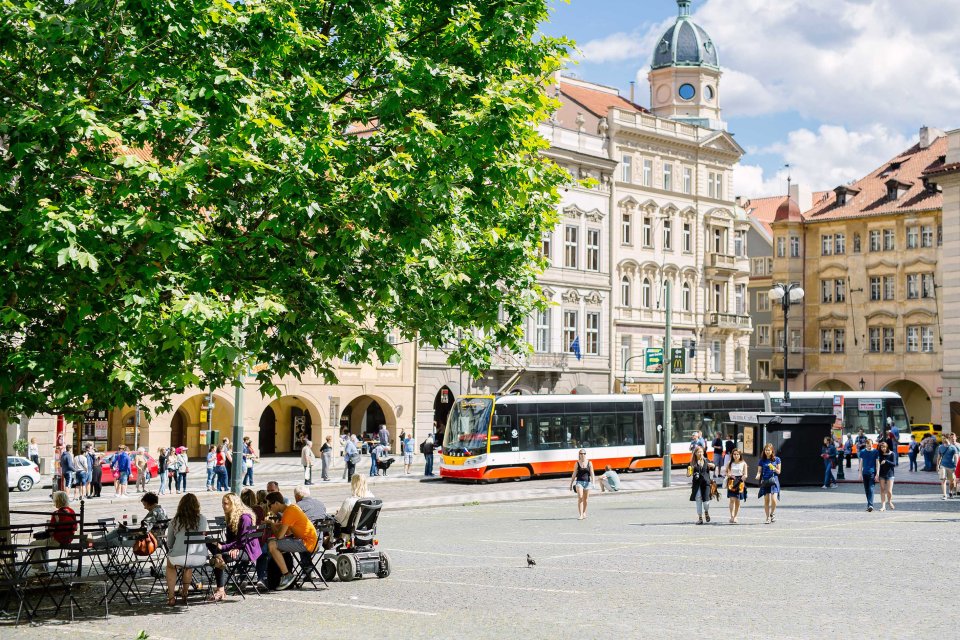 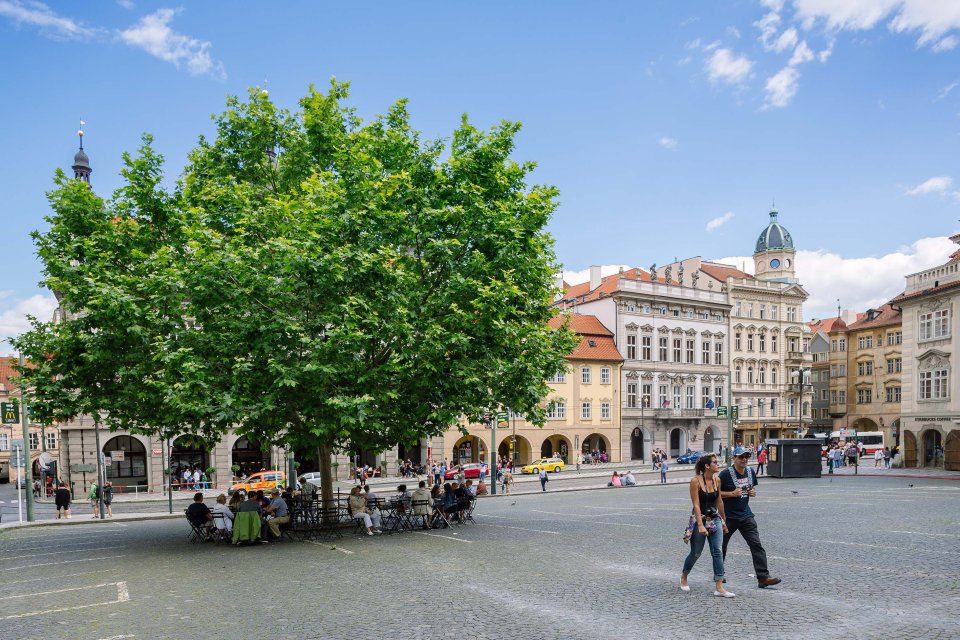 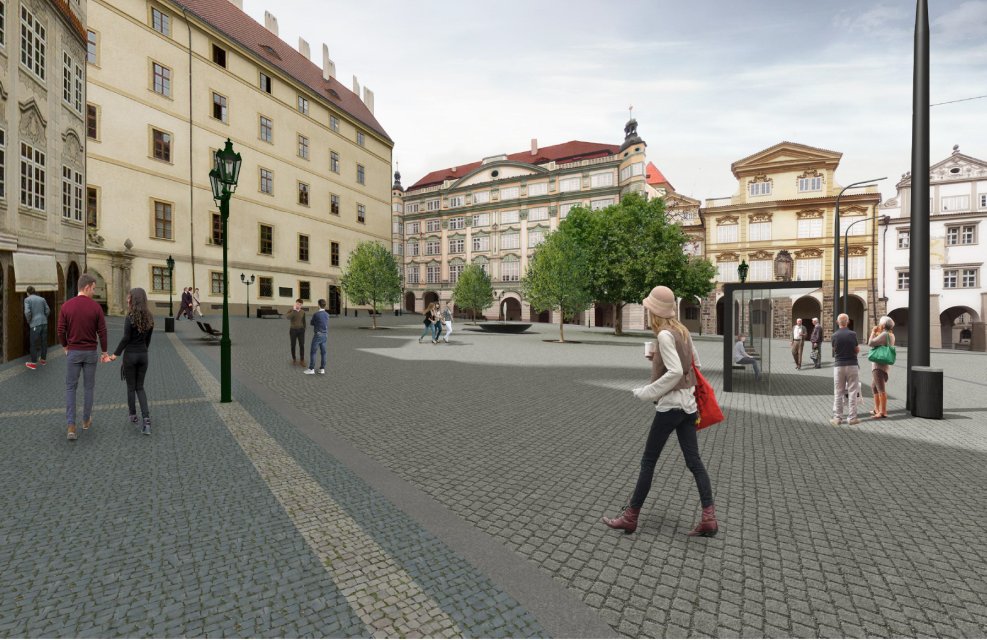 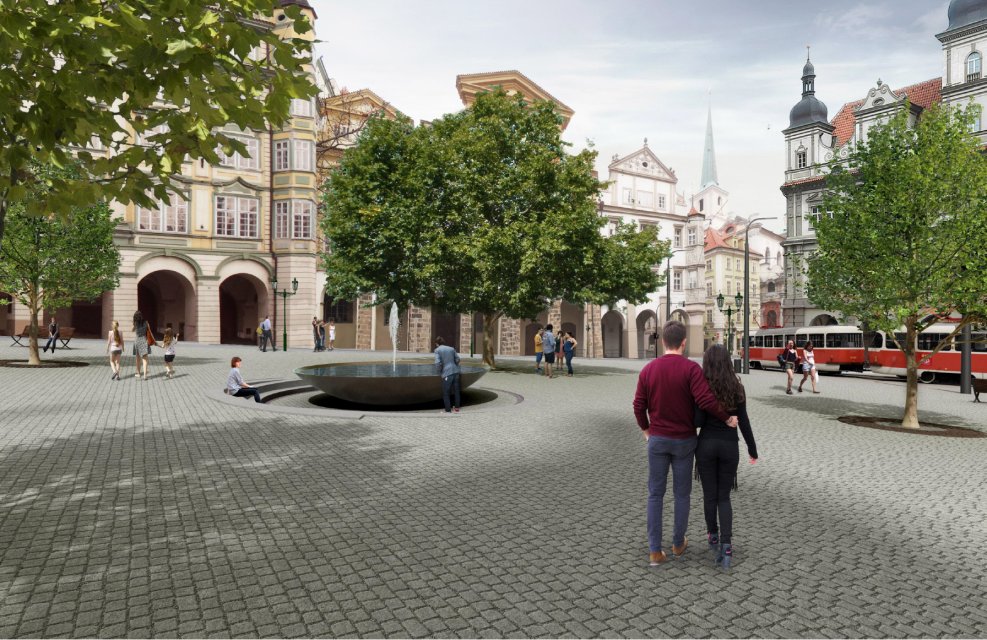 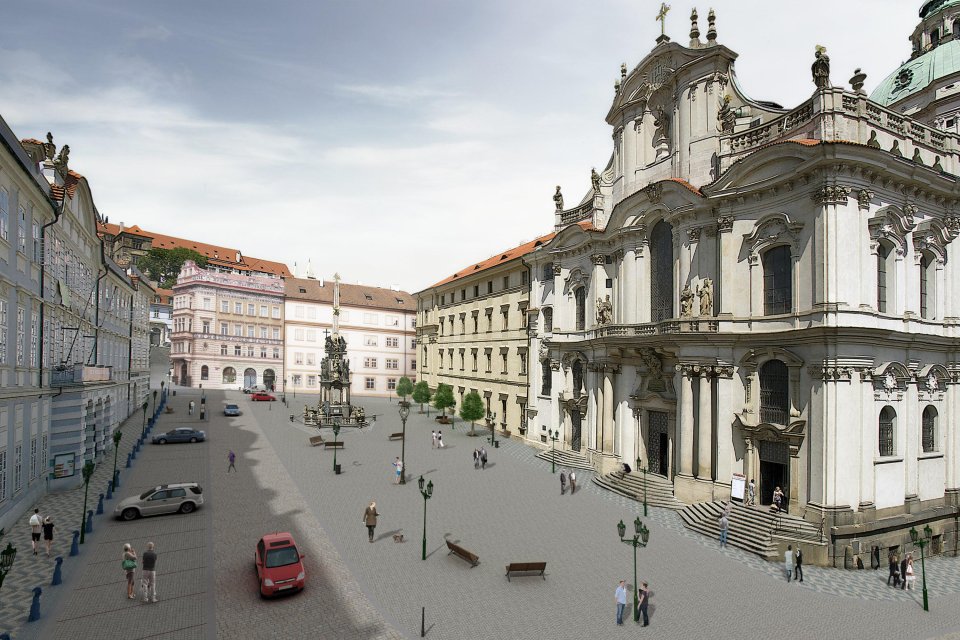 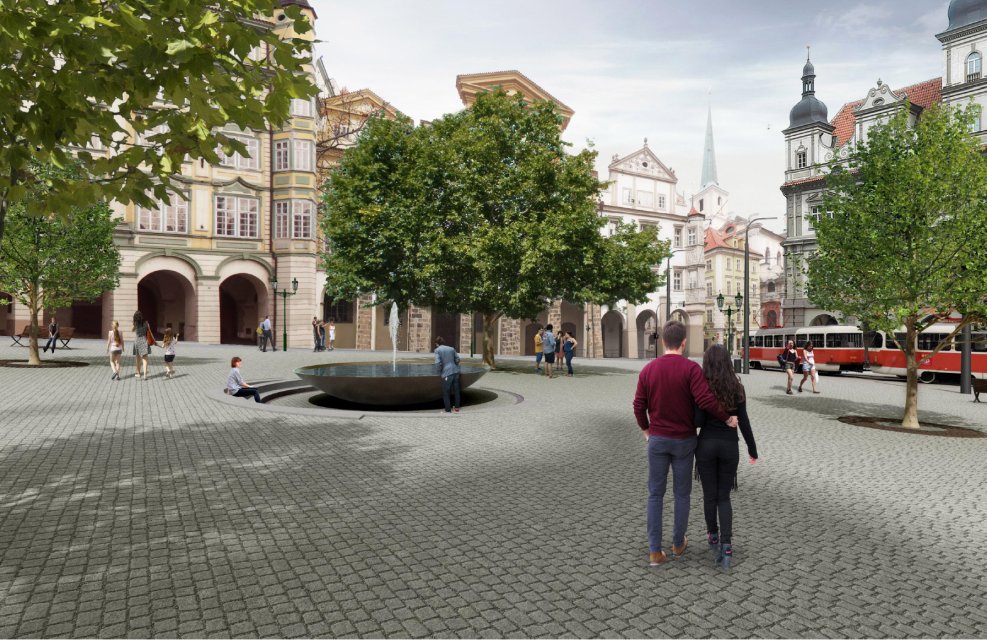 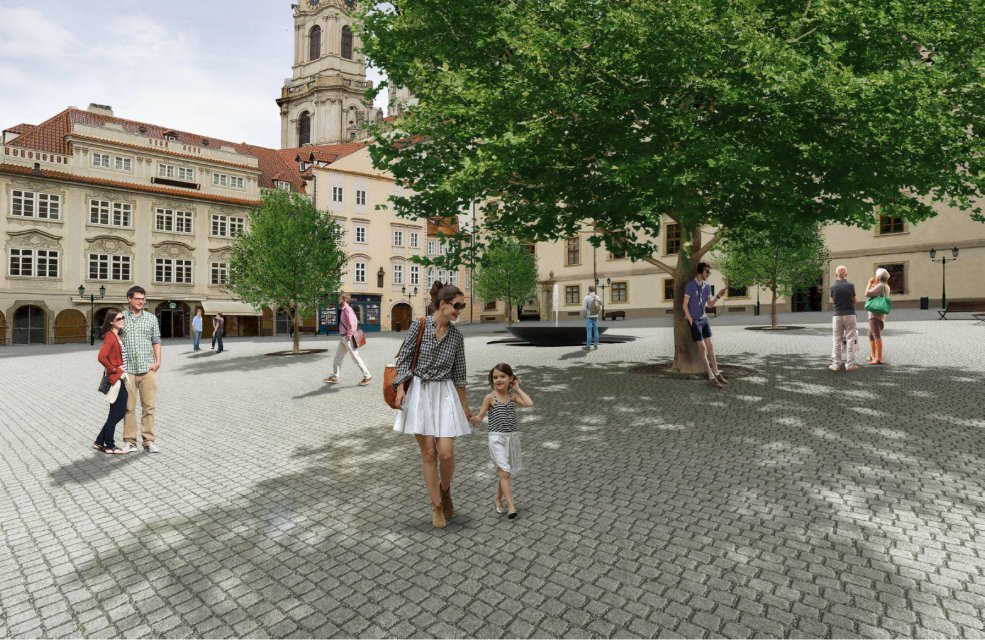 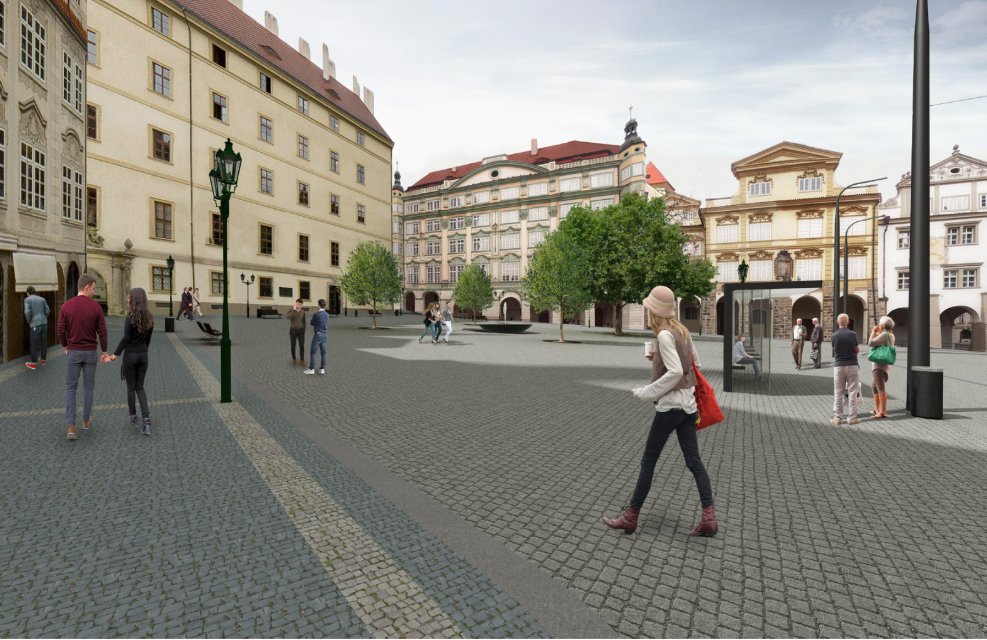 What should happen and why? What will change?

Commencement: 2014 – we announced the competition

How much will it cost?

Who will do the work?

The role of IPR Prague

If you have any queries: Ing. arch. Zuzana Rákosníková, 236004599, rakosnikova@ipr.praha.eu, guarantor

The subject of the competition was to prepare an ideological architectural-urban design for the revitalization of Malostranské náměstí. The revitalization of the square is intended to create a public space of a representative and leisure character that would correspond to its significance as one of the most important squares in Prague, and may include parking to an extent consistent with this character.

Experts on the competition jury 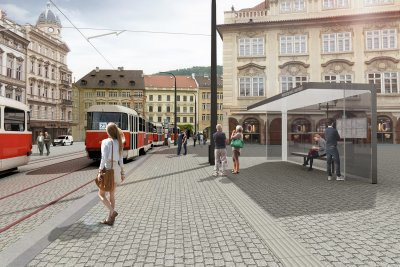 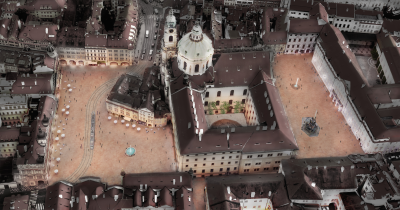 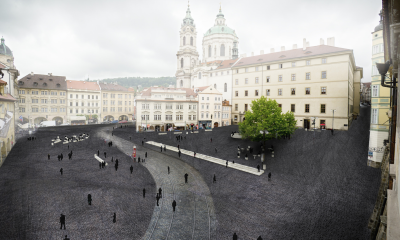 The jury appreciated how this design respects the historical environment and unifies the whole space. At the same time, however, it sensitively reacts to the localized problems of the square. The simple paving forms a clear spatial figure without architecturally dominating the surrounding buildings, churches or palaces. The square is always locally lined with sidewalks with traditional Prague paving, gently highlighting the individual buildings. Gray granite is the basic material - it is a traditional material for surfaces in Malá Strana. Squares, sidewalks and traffic zones are distinguished only by the pattern and size of the granite cubes and edging with granite curbs. The spatial solution is complemented by varied high-quality, simply-shaped urban furniture. The main public lighting uses historic lamps supplemented along the tram line by lampposts to which the overhead tram lines are attached. The quality of the project lies in the clarity and purposefulness of the designed space, which responds to diverse social activities. The jury also highly appreciated the respectful appearance of the urban and architectural solution.

The aim of the design is to achieve a visual image of the square as it was at the end of the 18th century. The square is connected into a single whole with both the upper and lower parts creating space for ordinary and social use. A uniform carpet of tiles covers the square without height-level segregation from one building to another. The buildings thus get the appearance we know from period paintings and lithographs, the difference being the presence of vehicles in the square. The square thus becomes a more attractive location to spend time in. Pedestrians will become the main users. The design includes historical references both in terms of the image of the square itself, and also in the solutions for the details. The paving is made from quartzite with its characteristic “honey color”, while slab paving of Slivenec marble will be returned to the arbour. The disadvantage of this solution appears to be the termination of the paving at the transition to the surrounding streets. The design also seeks to give the public lighting a romantic appearance. The perimeter of the square is illuminated only by cantilever lanterns. The central area of the square is therefore insufficiently lit. The location and especially the form of the fountain in the upper part of the square are questionable. The water element is situated directly on the axis of the Church of St Nicholas. The design does not document the attachment of the overhead tram lines or the street furniture solution.

The jury appreciated the overall project emphasis on unifying the space in the square while still differentiating the two parts to some extent. This consolidation is achieved using a carpet of uniform paving applied to all the surrounding façades with the exception of the arcade. The uniform-format paving is laid in a single level without highlighting the road, with the exception of the tram line, where the paving is rotated. QR codes embedded in the paving will aid those interested in history. The proposed sandstone street furniture with a modern appearance contrasts appropriately with the historical environment. Despite the award-winning shared-space concept, the jury criticized the design for its inappropriate and even naive placement of furniture, and considered unrealistic the complete rejection of traffic in the upper part of the square (based on the assumption of both banks of the Vltava river becoming closed to traffic), and the insufficient fulfillment of the requirement for parking and parking spaces.