Chairs and tables have appeared on several places in Prague this May. New furniture provided by the city is reviving spaces where it was impossible to spend idly any longer period of time. “You can work at the table in the open air, sit for lunch, enjoy your cup of coffee or spend quality time with friends as well as read a book peacefully,” says Adriana Krnáčová, the Mayor of Prague. 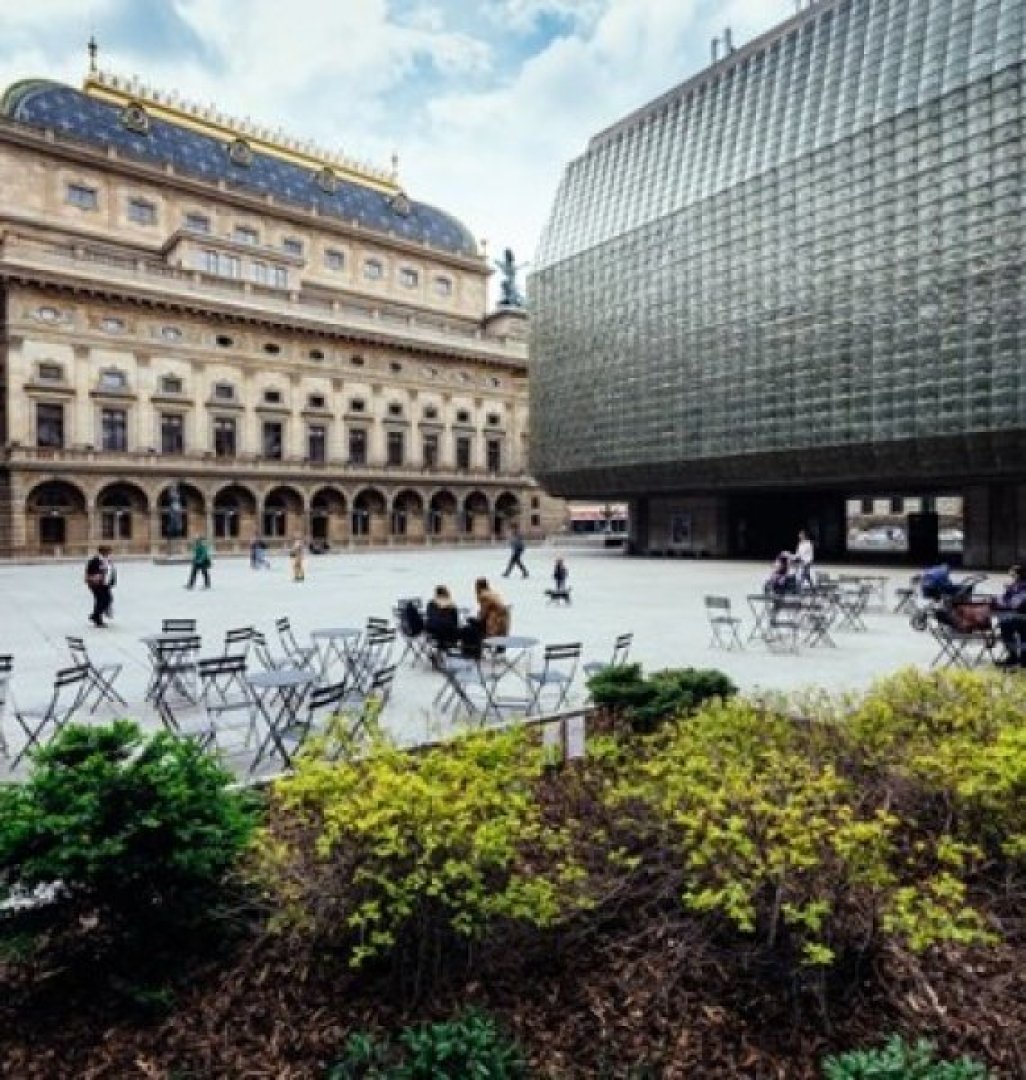 Chairs and tables can be found, for instance, on Smíchov waterfront, at the National Theater Piazzetta, in Holešovice market or on university campus in Dejvice. Malostranské square is going to join in early July. Prague is going to buy a total of 90 tables and 340 chairs. “Deploying small pieces of furniture provided by the city is a cheap and easy way to make streets and squares more enjoyable places to spend time at, perhaps also to give an impulse for their new use,” explains Petr Hlaváček, the Director of the Prague Institute of Planning and Development.

The architects from Prague Institute of Planning and Development got inspired for the project called The Chairs of Prague in New York, Copenhagen, Zurich or Stockholm. The chairs and the tables are owned by the city, but just as in New York, the selection of the public spaces to join the pilot project was also influenced by the fact that there will be a local operator handling them on the spot. “It is advantageous that chairs that will not prove successful at a given place can be easily moved elsewhere,” adds Hlaváček.

„The city chairs offer a new chance to use Prague public space. It is the broad range of opportunities of how to spend time in a public space, how to perceive it and thus to build a relationship to it, that is one of the basic characteristics of an enjoyable city, a city for people,” says Andrea Krnáčová.

Prague streets will host the chairs and the tables until the autumn, then the furniture will be stored due to lower temperatures. Based on how successful the new furniture in Prague will prove, the Institute for Planning and Development in cooperation with the Prague City Hall will submit a continuation proposal for the next season. Moreover, an open call is being considered to invite other potential participants, such as cultural and civic initiatives dedicated to reviving a particular space. “We would love if you could share your experience and impressions on the new sitting venues in Prague through pictures with the hashtag #prazskezidle,” says Adam Švejda, the spokesman of IPR Prague. More information about the project can be found at www.iprpraha.cz/zidle.