More trees in the streets, more barrier-free crossings instead of dark underpasses and fewer unnecessary posts and columns to obstruct pedestrians on the pavements. On Monday 1 August new construction regulations will come into effect, the Prague Building Regulations, notified in spring by the European Commission. 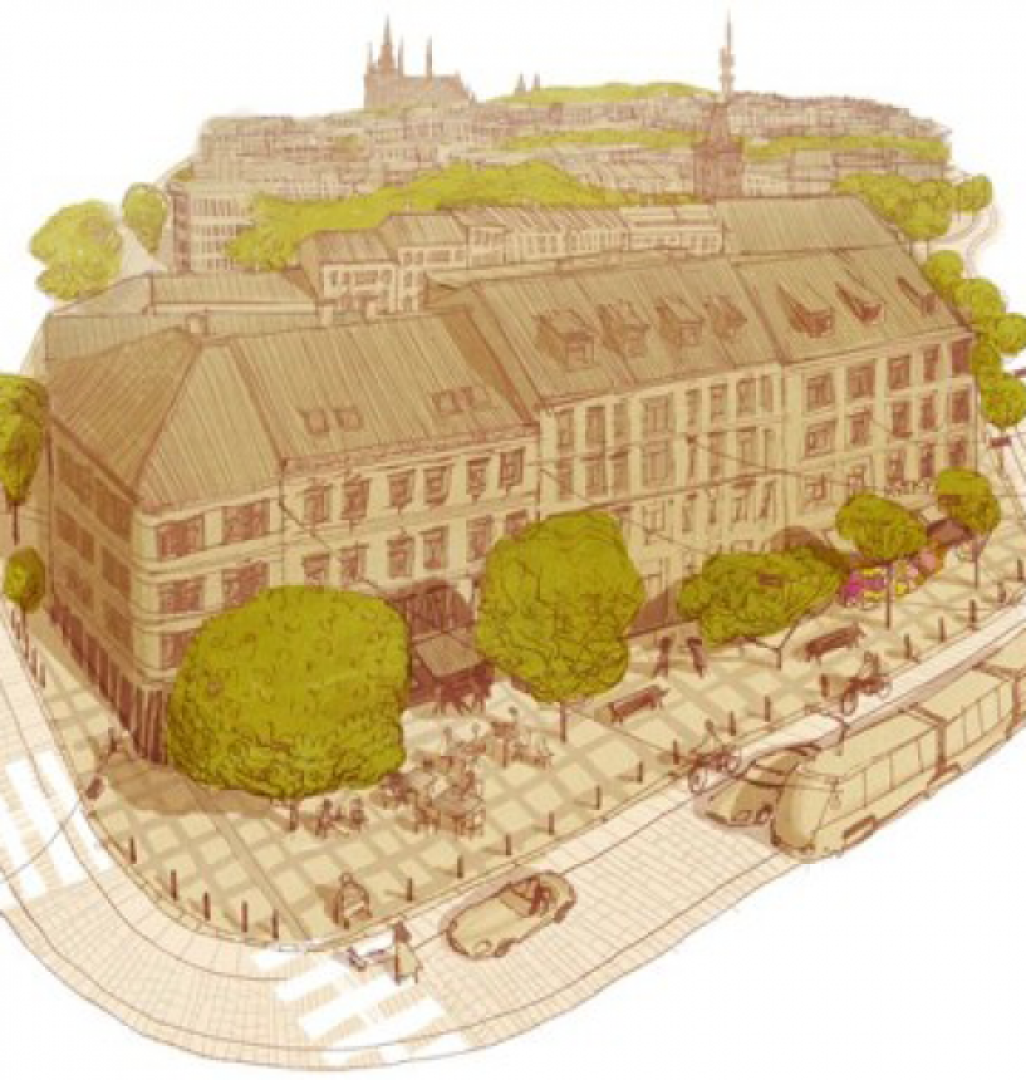 “I am extremely pleased that rules come into effect in Prague today which will enable us to build a sustainable city that favours the environment and its residents. However, this is a long process and it will take several years for the effects to start to become apparent in the city,” says Petr Hlaváček, Director of the City of Prague Institute of Planning and Development, where the Prague Building Regulations (PBR) originated.

This means that the capital now has clear height rules for new construction projects, as a result of which the height of new buildings must match that of the surrounding buildings. This is because the regulation stipulates how heights are to be measured and what can exceed these heights and by how much, which will help to prevent a five-storey apartment block from appearing between residential villas, for example.

The innovative approach outlined in the Prague Building Regulations will also be appreciated by anyone who at least sometimes takes a walk around the city. According to the new rules, each new or reconstructed street should allow passage at least 1.5. metres wide for pedestrians. The regulations will also group the poles of traffic lights, overhead trolley lines and streetlights together so that they do not obstruct pedestrians. Not only will this be more pleasant for people walking in the streets, but it will also be cheaper for the city.

Quality public spaces also call for convenience when moving around the city. The PBR will therefore ensure more barrier-free crossings instead of poorly accessible underpasses and overpasses. These are hard to access for parents with pushchairs, senior citizens and wheelchair users. Pedestrians often avoid them as they do not feel safe there.

The new regulations call for the plantation of alleys of trees in major streets in the city. Each new or reconstructed street wider than 12 metres will have to have space for an alley to be planted. This is because the PBR introduce a so-called plantation belt - a new tool that will ensure that technical infrastructure networks (e.g. water mains and sewer systems) will provide enough space under the ground for roots to grow. It is inappropriately placed cables and pipes underground now that often prevent alleys from being planted.

Rules for sustainable transport
The Prague Building Regulations also introduce important enhancements and modifications to the existing parking system. So far, the requirements for the number of parking spaces by residential buildings have been the same throughout the city. The new regulation increases the requirements by as much as 40 % on the outskirts of Prague, while in the centre, which is well served by public transport, the figure is reduced by 10 to 20 %.

Coordinated construction of the city

The regulations constitute a comprehensive system of rules for the creation of a quality city. They introduce a new concept, the street line, which will be used to mark out streets, while building lines describe the character of the buildings in the street. This is because a detached house has a different impact on a street than a block of buildings does. The new regulations take these differences into account. The rules governing distance from land boundaries now apply to all buildings, not merely to houses as before, which will, for example, ensure that large buildings are not constructed on the border of a neighbouring property, if it does not blend in with the character of the locality.

The regulations contain rules designed specifically for the different localities – in some places buildings are further apart, while elsewhere gable walls connect up, which calls for specific rules. The regulations also treat public areas as well as buildings. This will put conditions in place for the creation of quality parks. Utilities networks (e.g. sewerage, water and gas distribution) are to be placed in the streets, not in parks or interior courtyards.