The North-South Trunk Road could become a more pleasant place. Prague’s councillors have agreed that its transformation will also involve the famous Danish architect and urban designer Jan Gehl. 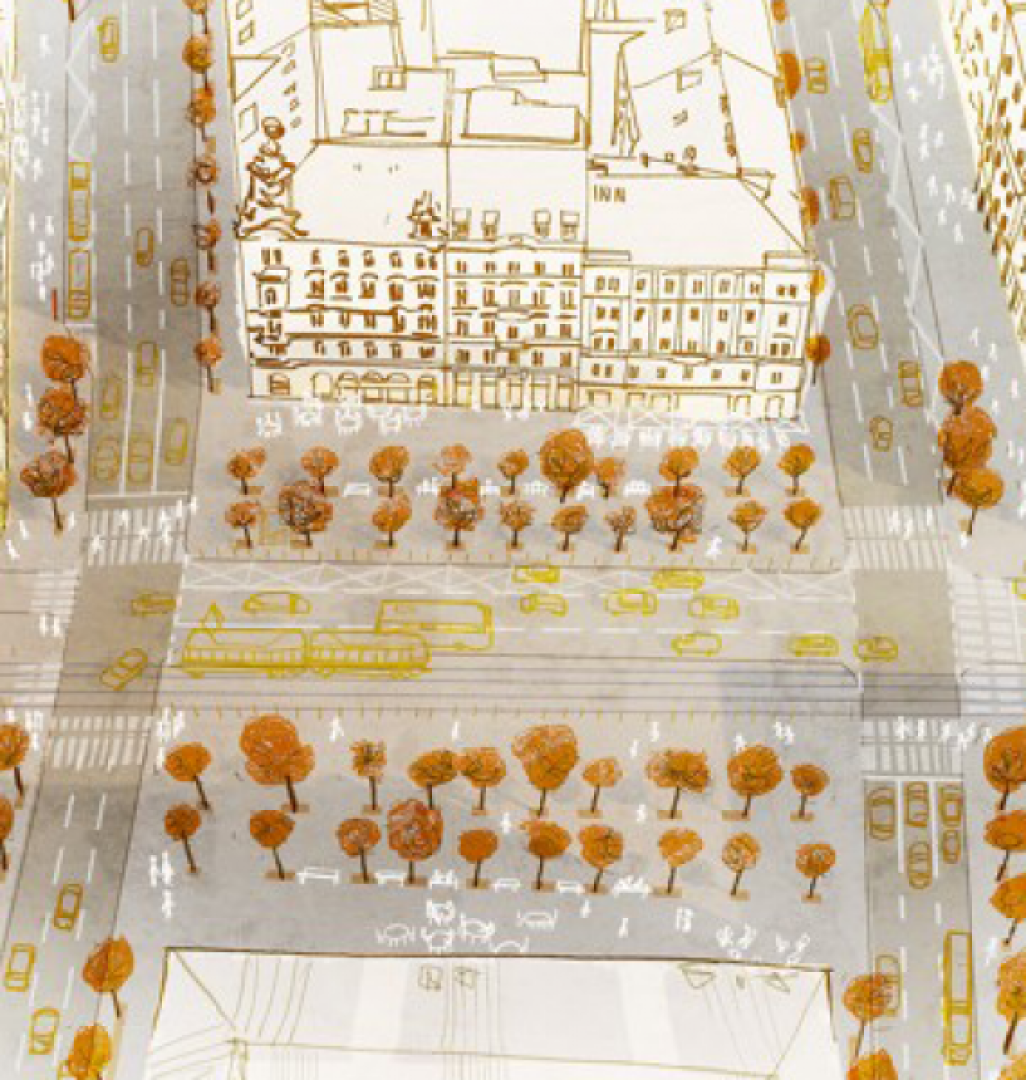 “We need to start treating the trunk road as an urban boulevard,” said Mayor Adriana Krnáčová. “Now, it is mostly a motorway, which forms a barrier in the area. However, the trunk road could be designed to connect people, not to divide them.”

The North-South Trunk Road, built in the 70s as the main route running through the middle of the city, has a fundamental impact on the centre of Prague. Over 100,000 cars drive along it every day. The trunk road also runs very close by some important cultural buildings and public institutions – the National Museum, the State Opera and the High Court. It also links some important public transport hubs, such as the main railway station and Florenc. “The trunk road has the potential to become a prestigious address and an important public space for the city as a whole,” says Deputy Mayor Petra Kolínská. “Improving the quality of the trunk road will help develop services in the area, increase property prices and improve the environment.”

As part of the project Gehl’s team will conduct a detailed study of the needs and expectations of users of the trunk road and nearby public spaces. The project should focus on making the trunk road a more attractive and accessible place for people. Places to cross the trunk road should be improved, and the parks and squares along the street should be refurbished. However, no major restrictions on traffic capacity are expected; the aim of project is more to ensure a better balance between the various functions such a major street should serve.

Prague’s councillors approved the collaborative project with Gehl Architects at a meeting held on Tuesday, 18th October, where Jan Gehl personally presented the principles of the future project. “Our work centres around the human dimension; we focus on how built-up areas are linked with the everyday lives of the local people,” says Gehl.

He will be working closely with the Prague Institute of Planning and Development (IPR), which has long been involved in the issue of public space, to design the concept for the public space around the trunk road. This partnership should result in an action plan outlining short-term alterations whose impact will soon be evident, as well as longer-term measures and systemic changes. The area covered by the project is bordered by the Vltava River to the north and the Nusle Valley to the south.

“Jan Gehl and his team are particularly remarkable in the comprehensive approach they take to an architect’s work. This is valuable in that they think about how to get the proposed changes in the city across to people and to discuss their ideas in order to reach a common social consensus,” says Krnáčová. “It is also important that they possess the know-how to phase the changes in the city and to gradually move from small alterations to systematic changes.”

The Danish urban planner Jan Gehl is known primarily as an expert on public space and life within it. His approach is based on a detailed study of how people behave in public space and what helps them to feel at ease there. Gehl has formulated his approach to creating urban public areas in various publications, some of which have been translated into Czech, including Life amongst Buildings, New Urban Spaces, and particularly Cities for People. Gehl advises major cities all over the world how to create pleasant urban spaces. His services are used by London, Vienna, Copenhagen, Oslo, Moscow, New York, Los Angeles, San Francisco, Sydney, Melbourne and others.