Metro stations to be transformed

The public spaces of Prague’s eleven metro stations should see a change for the better. The proposed measures for selected stations were drawn up by the Prague Institute of Planning and Development (IPR Prague), at the request of Prague City Council. In addition to a general clean-up, the mobile stands, excessively aggressive advertising and inappropriate street furniture should be removed from the concourses. At the same time, the range of services and shops will be housed in permanent premises. Some stations could also be restored to their original, architecturally valuable design. 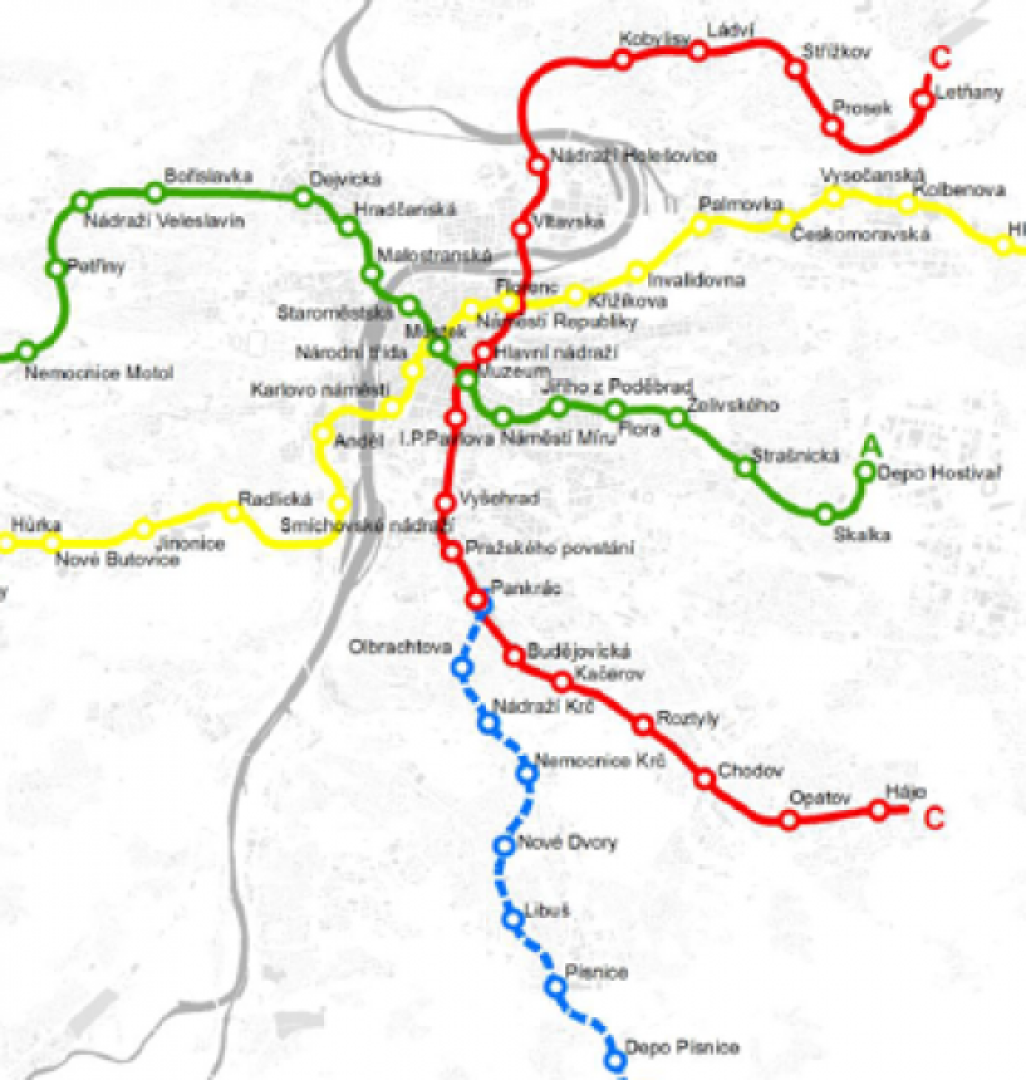 “In its time, the Prague metro was highly acclaimed for its architectural design,” says Deputy Mayor Petra Kolínská. “It is now time that metro stations receive the attention they deserve as important public places through which hundreds of thousands of people pass every day.”

The raft of measures and recommendations for selected metro stations is the result of the second phase of the longer-term project Public space and its potential in metro stations. In the first phase, IPR Prague analysed the state of the individual stations and chose eleven out of more than sixty stations in Prague that should be first in line. “We have not primarily opted for the stations with the most extensive shortcomings, but the ones that have the greatest development and city-forming potential,” explains Petr Hlaváček, director of the Prague Institute of Planning and Development. “Most stations are situated on housing estates and, with some partial changes, could become centres of public amenities, which are often lacking on these estates.”

The stations that will be changed are Skalka, Dejvická and Bořislavka on line A, Luka, Lužiny, Hůrka, Karlovo náměstí, Českomoravská and Černý Most on line B, and Háje and Ládví on line C. A plan of action has been drawn up for each of these covering several time frames. There should first be a general clean-up – many stations could be improved with relatively little work, although this is beyond the scope of general maintenance: cleaning structures, ceilings and lights, cleaning up bird droppings, removing stickers and repairing damaged paving. Efforts should later be made to restore the original, often very high quality architecture of the stations. The project should also resolve ownership issues, enabling truly comprehensive work with public space to be carried out in the immediate vicinity of the metro stations, with clear responsibilities defined for their management and development.

A task for the longer term is then improving the stations in the broader sense. This could gradually bring new pedestrian crossings or new civic amenities. In several cases attention will focus on improving the standard of public toilets. The aim is also to improve transfer links at important public transport hubs, such as Černý most. Furthermore, it is assumed that park and ride capacity will be increased, and that so-called B+R stations will be built to enable bikes to be stored safely. IPR Prague then proposes drawing up an architectural study for seven stations, to evaluate the potential for improving the public spaces around those stations, or for building on top of stations or in their immediate vicinity.

IPR Prague worked together with the City of Prague Public Transit Company and ROPID to prepare the material. “I see the current plans to transform the first eleven stations as being extremely important. This will be crucial experience, which, when evaluated, will show us how to proceed in other schemes,” concludes Hlaváček.