Charles Square is the largest square in Prague and one of the largest in Europe. However, its current state does not duly correspond to its importance. The City of Prague, together with the City Borough of Prague 2, concluded a memorandum in 201, in which they declared their mutual interest in closely cooperating on the revitalization of this historic square.

The process is currently in its second phase, which will involve the revitalization of the large open space within the square. The design and implementation team for this phase will be selected during the course of 2017 through an international design competition. 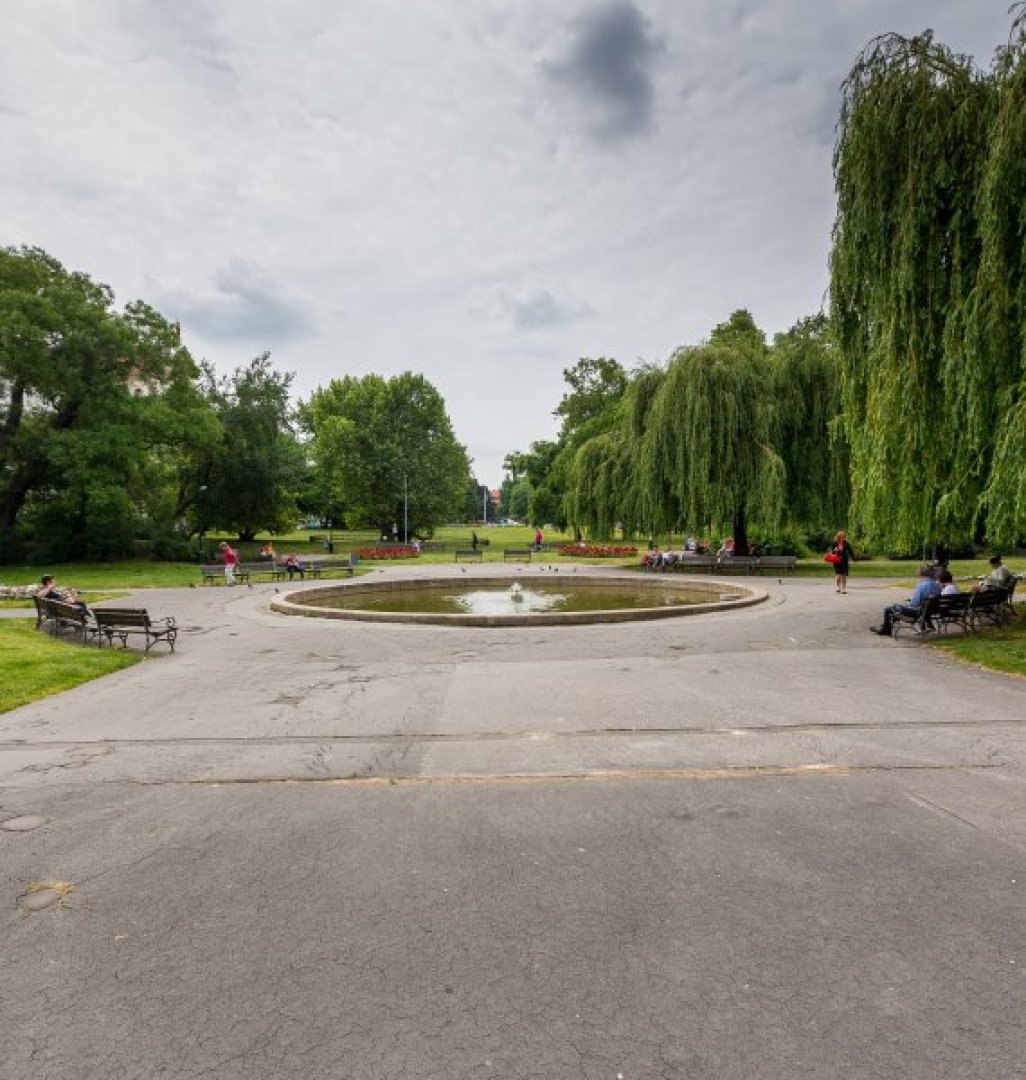 The park in Charles Square is protected as a cultural monument. The overall concept of the park, which was designed by the well-known Czech landscape architect František Thomayer, has been protected. Nowadays it is one of the examples in the Czech Republic of a well-preserved urban space, dating from the end of the 19th century.

However, this protection is in conflict with the current demands of this public space and is of city-wide importance (transport, recreational and cultural). Despite the fact that Charles Square requires an improvement, there is a general consensus that none of the steps that have been taken so far (the Park Revitalisation project of 1996, the Ideological Urbanist-architectural competition of 2008) have been implemented in the end, because they were blocked by one of the many stakeholders (the City of Prague as user, Prague 2 City Borough as administrator, the National Heritage Institute and other government agencies), or by the public. This is caused by various actors and their different expectations of the overall renovation.

Important stakeholders in the renovation process for Charles Square include the Prague 2 City Borough, the Prague City Hall Heritage Department, the National Heritage Institute, the Prague City Hall Transportation Department, local residents and those using the public space, as well as important institutions based in Charles Square (e.g. the General University Hospital, the Czech Technical University, the Municipal Court, the New Town Hall) and other owners and operators of a variety of services.

Main steps of the revitalization of Charles Square

Stage 1 will involve the renovation of the outer, peripheral part of the square. This will be coordinated with the ongoing preparations for the reconstruction of all the traffic lights and tram lines in Charles Square to ensure that it also ushers in significant improvements for pedestrians and cyclists. On the basis of a resolution issued by the Prague City Council, IPR Prague has prepared a study of basic improvements to Charles Square, Stage 1, which was incorporated into these subsidiary projects.

Stage 1a, which was completed in March 2015, included the reconstruction of the tram lines and their connected walkways and boarding points, as well as reorganising the area in front of the New Town Hall. The planning and implementation of Stage 1a was carried out by the City of Prague Technical Administration of Roadways (TSK) and the Prague Public Transit Company (Dopravní podnik hl. m. Prahy, a.s).

The subsequent Stage 1b covers the reconstruction of the remaining roads around the periphery of the square, including renovating the pedestrian crossroad at the corner of Resslová street, addressing the cycling infrastructure and the reconstruction of water and sewage lines. The planning and implementation of Stage 1b will be carried out by TSK and the Prague Water Company (Pražská vodohospodářská společnost, a.s.)

Stage 2 will involve the revitalization of the park within the square. A design will be prepared by a team of urban planners and landscapers, based on a commission that will proceed from the Audit Study prepared by the Prague Institute of Planning and Development. The implementation team and the definition of the design will be selected through selection proceedings with a competition dialogue during the course of 2017.