The area around Táborská and Na Pankráci streets will be renovated. The Prague Council approved a design for the future appearance of the adjacent public space prepared by IPR Prague. People can look forward to easier transfers from trams and buses near the metro station of Pražské povstání. The first stage should be completed in 2019. 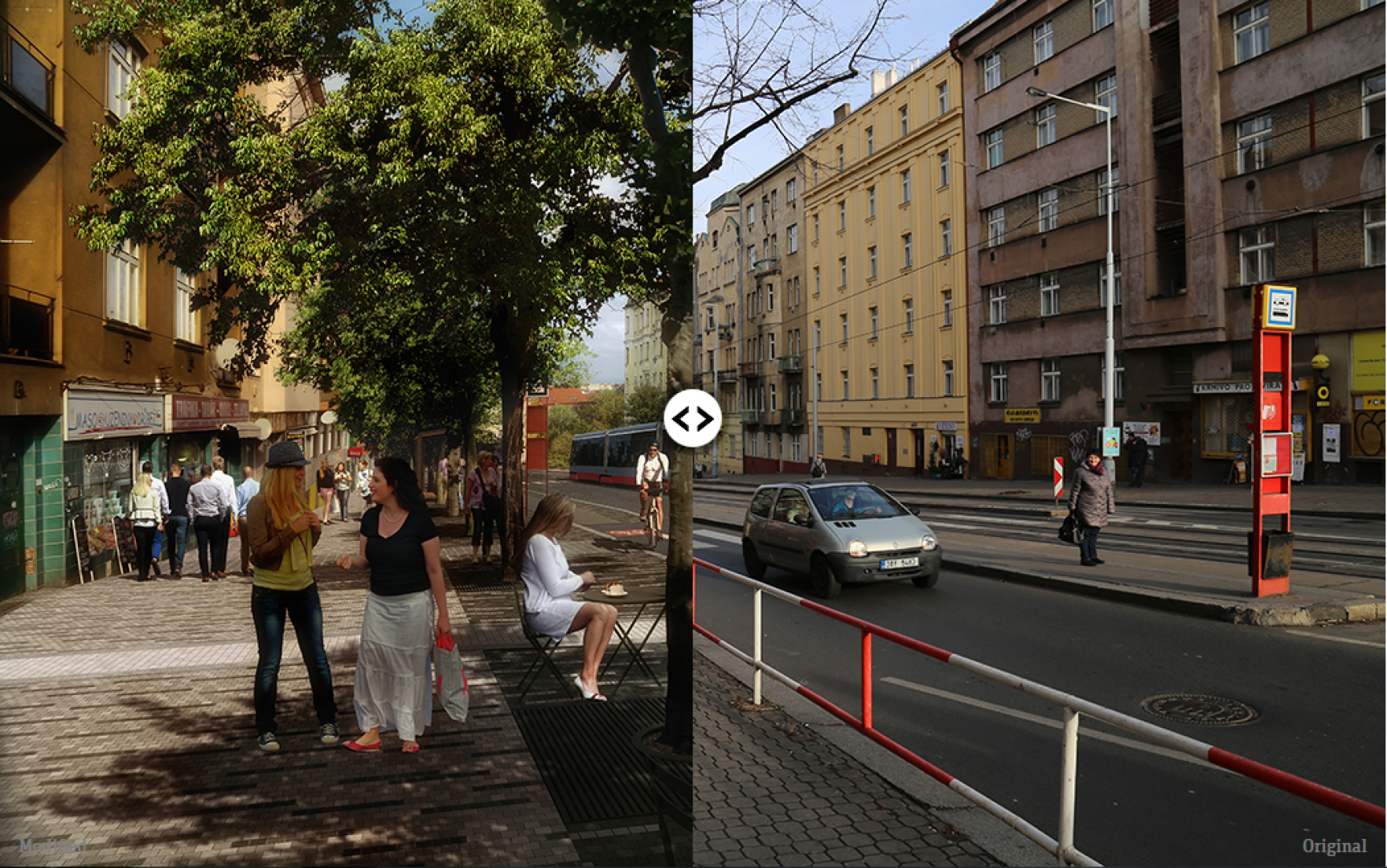 “A large number of public institutions are based in the area: Czech Television, the Supreme Court and the Ministry of Interior. This means that this part of Pankrác is important for the city as a whole. The planned renovation of Táborská and Na Pankráci streets should raise the public space to a suitable standard,” says Petra Kolínská, Deputy Mayor for Spatial Development.

The conceptual study covers the public space around Táborská, Na Pankráci, Na Veselí and Soudní streets. The route follows the historical path leading from Nusle to Pankrác, which joined the path from Vyšehrad further to the south at Náměstí Hrdinů. Nowadays it is still the main axis between these districts.

The impetus was a plan by the Prague Public Transit Company, which planned to repair the tram lines in this area. The idea was to upgrade the section from the Táborská/Nuselská crossroads to the Pankrác depot. Trams would once again run to the Pankrác metro station and an extension of the line up to Budějovická station was also under consideration. IPR Prague took this opportunity to propose a complete upgrade of the adjacent streets – primarily to make the entire area a more pleasant place to be in. It would also improve conditions for pedestrians and cyclists by adding trees and benches and increase the total number of parking places – from the present 745 to 792.

“We consider it to be normal for the local residents and those using the streets to be involved in the planned reconstruction,” said Ondřej Boháč, director of IPR Prague. The citizen participation consisted of two stages. The first took place in October 2015. During this stage, experts from IPR Prague surveyed the current needs of people using Táborská street. A community walk took place, as well as a series of neighbourhood meetings over the map. During the second phase, after completion of the design concept for the area, residents were able to consult and comment on it. “The most important topics were vehicular traffic, parking and the infrastructure for cyclists and pedestrians,” added Boháč. Responses were given to comments from the public and institutions and some of these were incorporated in the final version of the conceptual study.

The proposed reconstruction of the whole area will take place over a number of stages. During the first phase, which is due to begin in 2019, repairs works will take place at Táborská and Na Pankráci streets. Further sections will then follow in order. The future appearance of náměstí Hrdinů still remains undecided. The transit company would like to make a direct connection between the tram lines in Táborská street and the Pankrác depot – today trams have to take a circuitous route which adds unnecessarily to the noise burden on the adjacent townhouses. Building this connection would require the demolition of the existing underpass – the square would revert to a single level. This would transform the current complicated arrangement of the square into a far more pleasant space, where for pedestrians it would be easier to orientate themselves. Because of this, architects from IPR Prague have proposed three possible solutions.

The conceptual study must be approved before other design documentation can be prepared.