Awakening of Lesser Town Square as a public space 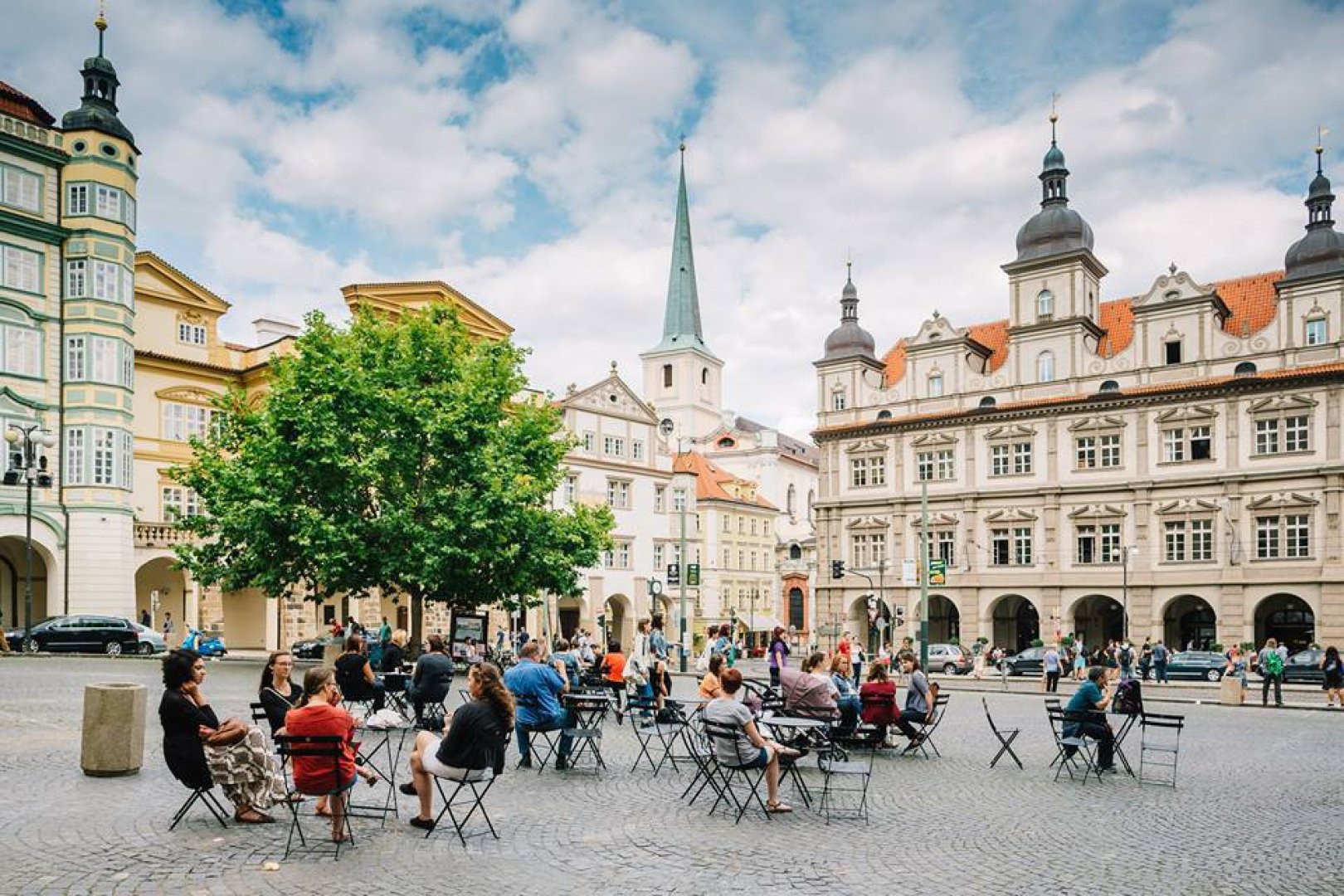 The Lesser Town Square is not only historically one of the most significant areas of Prague, it´s a place with a high representative and monument value and as part of the so-called Royal Route it is also one of the most visited locations in the city center.

Until recently the square was used as a parking lot that in no way served as a public and representative area and did not give reasons for stopping or resting. The Magistrate of the City of Prague, in cooperation with the Prague Institute for Planning and Development, has therefore announced an international urban-architectural competition for an ideal solution to the area of Lesser Town Square, won by architects Martin Hájek, Václav Hájek and Petr Horský. In August 2016 the Prague councilors decided to conclude a contract with Ateliér Hájek on the completion of an urban-architectural study on the Revitalization of Lesser Town Square. The implementation of the proposal is expected for 2018.

The square has already noticed changes. Cars replaced chairs and tables, and the place was replaced with the function of the square. The space primarily shall calm down and invite local people and tourists to sit down and take a rest on chairs and tables which are placed there as a part of the project “Prague Chairs & Tables”. The project was initiated by the Public Space Office of the IPR Prague and was established in cooperation with the Prague City Hall, Trade Center Praha and other local partners from local institutions. The chairs are freely available to everyone and already placed on Lower Town Square in last summer, besides seven other places in Prague.

In year 2016 most people used the “Prague Chairs & Tables” at Lower Town Square, where 23 tables and 90 chairs were. From July to October 2016, there have been around 130,000 people who have spent a total of 35,000 hours on them. Within one hour each table was occupied on average twice, with high attendance up to four times. At the table, two people sat on average. The usual sitting time at the tables was 14 minutes. The measurements also shows that at the top of the square, where the chairs were not available, people often sat on stairs, curbs or flower boxes. In a new pilot project of “Prague Chairs & Tables” IPR Prague will test this year a new type of furniture.

As a second measure the Prague City Gallery, the Academy of Fine Arts in Prague and IPR Prague invited for an exhibition on the Lesser Town Square. The exhibition showed a procedural installation from ice, from the 1st to the 26th of February 2017. An experimental ice sculpture by students of Prague’s FAA, Artur Magrot, Martin Chlanda and Jakub Rajnoch, exhibited on the former parking lot in the Lesser Town Square, was intended to contribute to the current discussion of the importance and position of art in the public space. It worked with the theme of the transience and volatility of generally shared ideas and their artistic form.

In 2017 the Prague City Gallery was approached by the Prague Institute of Planning and Development, which is responsible for the area of the former parking lot on Lesser Town Square, to erect a piece of artistic work of its own design. The curators of the Prague City Gallery subsequently entered into cooperation with the Atelier of Intermedia in the Prague Academy of Fine Arts, under the guidance of Dušan Zahoranský and Pavla Sceranková. Based on an informal student’s competition, a design by Artur Magrot, Martin Chlanda and Jakub Rajnoch was selected.

In its initial phase their experimental work on the Procedural Installation consisted of an almost four-metre high ice block placed in the middle of a tank, six metres in diameter. In reaction to the temperature of the ambient air, the ice block melted and gradually filled the surrounding tank with water.

The work intended to contribute to the current discussion on the importance and position of art in the public space and also on the specific “climate” of the Lesser Town Square. It works with the theme of the transience and volatility of generally shared ideas and their artistic form. It reacts to the historic situation of the square, where the way in which it was used changed over time in the same way as the society that surrounded it. The square is a meeting point, a historic site, a transport hub and a crossroads. It carries within it a rich heritage of historical and cultural references.

“The ideological and visual concept for the work is not only “designed” for the area of the Lesser Town Square, but also for the winter season and in particular, for the freezing weather. Just as our installation changes under the influence of climatic conditions, so do the ideas we share as a society and, primarily, the artistic language in which these ideas are communicated. We would like to point out the need to enter into a public space with maximum awareness of contemporary social themes and the spatial and ideological context of the space, but also the need to express artistic intentions in today’s language,” says the curator, Jitka Hlaváčková.