Climate Adaptation in the Face of Climate Change: an Ambition Setting Workshop for Prague to the year 2050

An Ambition Setting Workshop on the topic of "Climate Change in Prague and its solutions in connection with Nature Based Solutions" took place in the Prague Creative Centre from January 10th through January 12th, 2018. 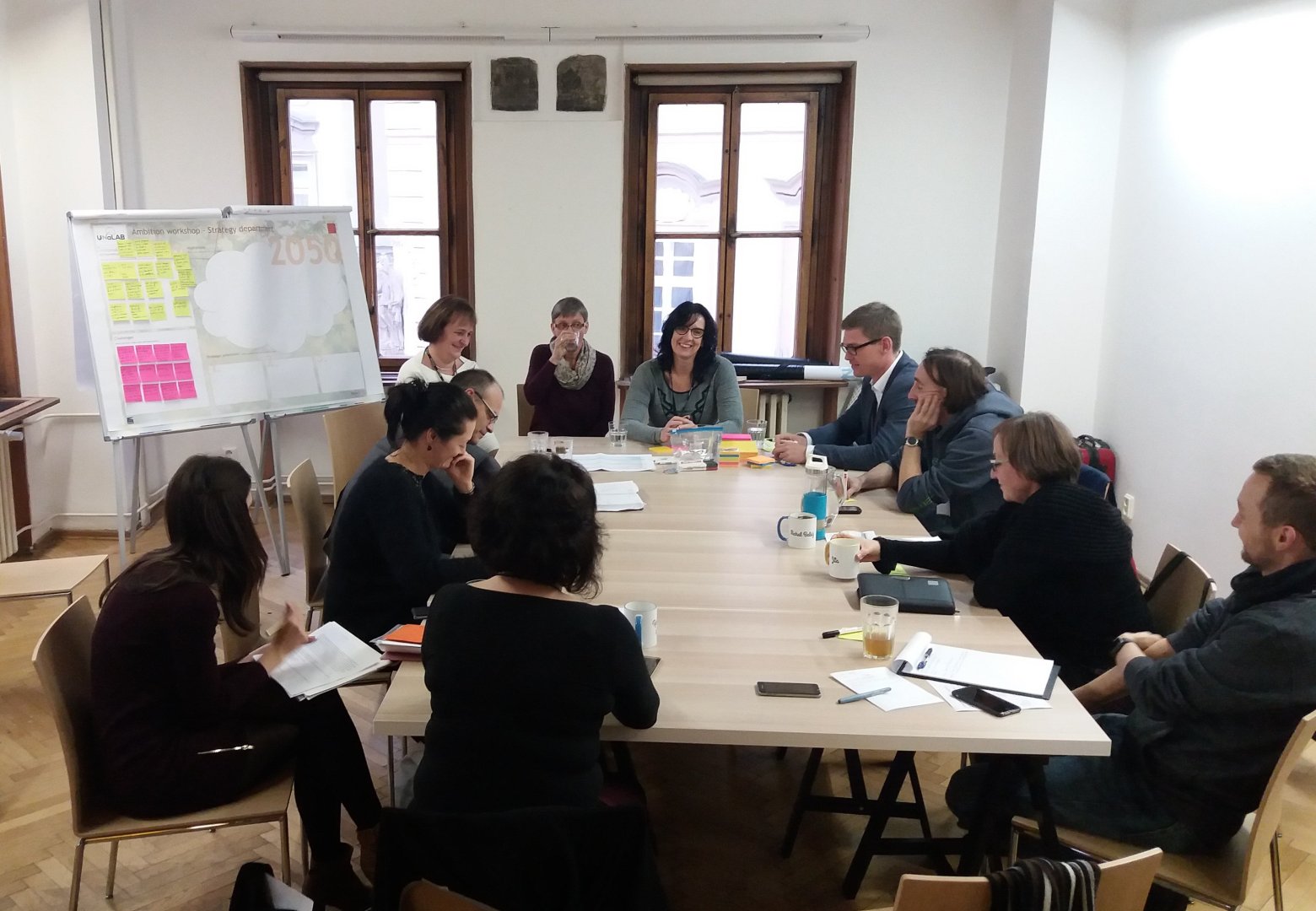 The Capital City of Prague, in cooperation with the Prague Institute of Planning and Development (IPR), conducted the workshop as part of Urban Nature Labs (UNaLAB), an European project launched in June 2017 and which will run until May 2022. As part of the project, the City of Prague is one of five Follower Cities expected to draw lessons from the experiences of the Frontrunner Cities of Tampere (Finland), Eindhoven (The Netherlands) and Genoa (Italy), all of which are already employing Nature Based Solutions to help create more climate resilient cities.

As part of the workshop, Prague hosted international researchers from the Technical University of Eindhoven, who conducted interviews and led group discussions with local stakeholders on Prague´s ambitions for 2050 regarding climate adaptation and resilience. The workshop was observed by an expert from the Fraunhofer Institution from Germany as part of an ongoing analysis of Prague. Results of the workshop included the identification of achievements, challenges, and key strategies for the future with regard to climate adaptation in Prague. The overall ambition for the project was identified as: “Prague 2050: A livable city in harmony with nature”.

The Ambition Setting Workshop is the first in a series of three workshops that will take place over the next two years and will be attended by representatives of various local stakeholder groups. The outputs from the workshops will be used to create a plan for the introduction of measures against climate change based on "Nature Based Solutions" and will be considered in conjunction with the adaptation strategy for the City of Prague, which has been completed by the Prague Environmental Protection Department and IPR until 2017.