Confluence of the Berounka and Vltava Rivers to Become a Full-Fledged, Peri-Urban Park

The "Confluence" Project, which aims to establish a peri-urban park at the confluence of the Berounka and Vltava Rivers, is continuing into 2018. The aim is to resolve land use conflicts in the area, as well as to improve its condition and the way it's used. There are plans to improve the permeability of the entire territory, to expand the parking lot and to create an information kiosk, among others. The Confluence Project is being jointly planned by the relevant city districts, the City of Prague, the Prague Institute of Planning and Development (IPR), and private land owners. 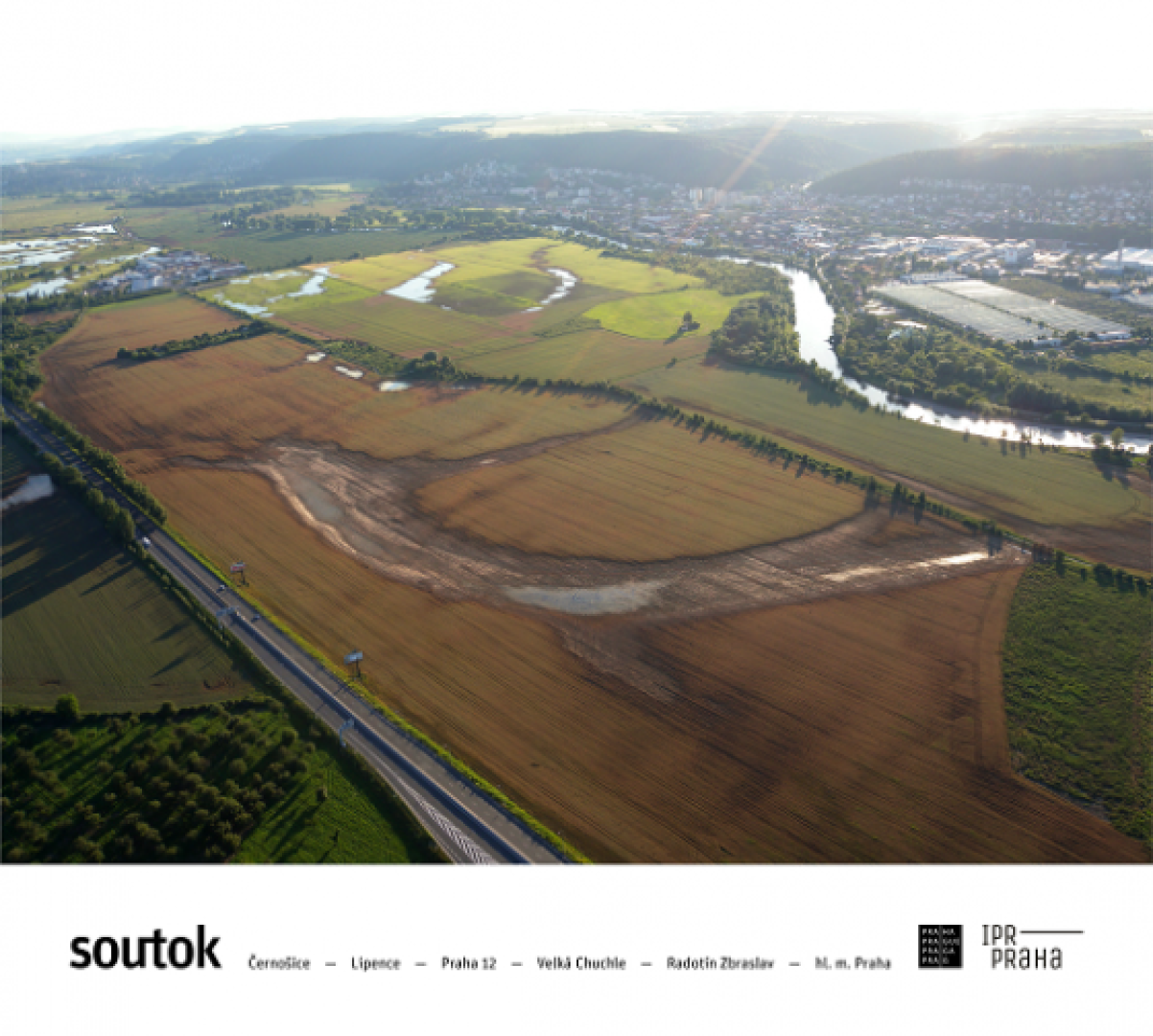 The river meadow at the confluence of the Berounka and Vltava in Prague has an area of over 1,300 hectares, into which you could fit Wenceslas Square almost 300 times. The area is split among 5 city districts and the City of Černošice, which means that there are competing stakeholder interests.

“It is necessary for us all to pull together. The territory of the Confluence is currently overused and the landscape is at risk of degradation. However, the area holds enormous potential and has considerable natural and economic value. So far it has lacked conceptual development,” says City of Prague Councillor, Jana Plamínková.

In 2017, IPR Prague commissioned a comprehensive overview of the permeability of the territory, which shows how the entire area should be internally interconnected, and how it should be connected with its surroundings. Other documents forming the basis of the project include a study which lays out a series of steps to immediately improve the area, such as expanding the parking area, setting up an information box, or even a floating sauna. There is also a study which looks at putting in place drought protection and flood protection measures.

“We would now like to commission a land use study, and then a master plan, which will service as a guide for developing the entire area. We are also preparing to establish an association, Together at the Confluence, with the aim of promoting discussion amongst all interested parties. The goal is for the Confluence to become an official peri-urban park,” adds Councillor Plamínková.

What is a Peri-urban Park?

A peri-urban park is a well-proven management tool in Europe that, through the coordinated administration of local actors, ensures the balanced development of an area as a whole. The peri-urban park at the Confluence should provide protection against drought and flooding, and give the unspoiled peri-urban landscape a chance to become an integrated part of the lives of Prague residents.

In 2015, the City Council of Prague requested that IPR Prague prepare a draft action plan for the development, future use, and management of the Confluence. In January 2016, IPR Prague, in cooperation with local authorities and the City of Prague, prepared the first version of the action plan, which was rejected by landowners. As a result, IPR Prague formed an open working group of local actors, entitled Together at the Confluence. IPR Prague also acquired the necessary analyses and documentation for the spatial concept of the park. Based on these documents, which were preceded by intense negotiations with local stakeholders, a realistic version of the action plan for the establishment of the peri-urban park can be drafted.