New Metro Line Is Back in the Land Use Plan

Prague’s City Assembly has approved a change to the city's land use plan related to the routing of metro line D from Pankrác to Písnice. It provides more detail not only about its route, but also about the areas around future metro stations. 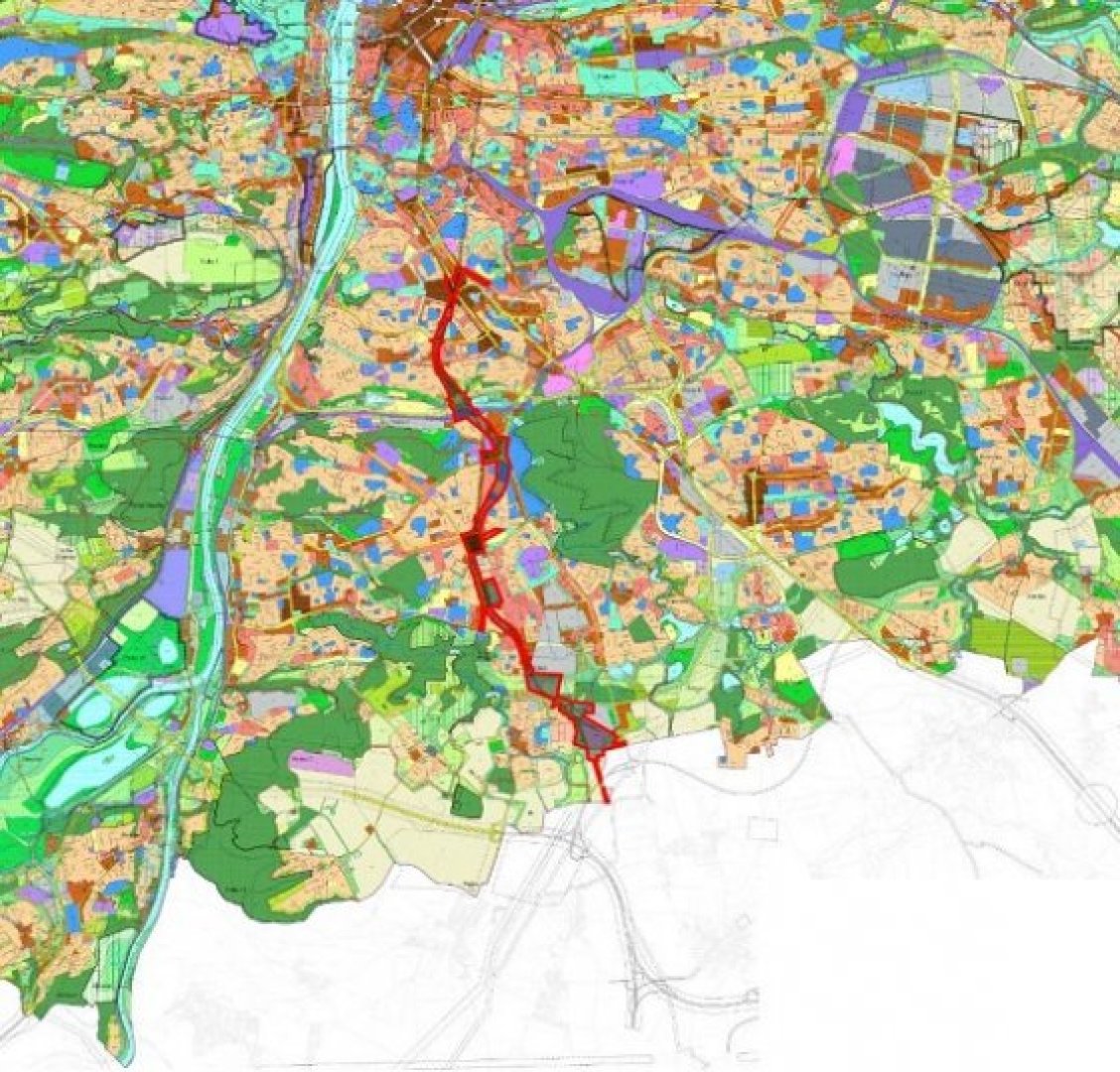 The main aim of the change to the land use plan is to correct a shortcoming based on which the previous change was overturned by the courts. The change specifies the routing of the new metro line and the location of the metro stations. A planning decision has already been issued for the route, but because the court overturned the previous change to the land use plan, the metro needs to be specified again in the city plan. A benefit is that the proposed change now takes into consideration new facts, for example, agreements with the owners of land necessary for construction in Krč, which will facilitate the metro's realization. Three years ago, the owners of the land sued the City of Prague because there had not been a strategic environmental impact assessment.The court found for the plaintiffs. In order to prevent such conflicts, the city is conducting negotiations with owners of land in Krč with the aim of finding an agreement on the form of the area around the metro stations.

“We are probably furthest into negotiations about future construction around the metro by Thomayer Hospital, where a mixed structure should be built over the future metro station with respect to the heritage site of the hospital opposite. This follows on from a memorandum that we signed with the owners a year ago and that puts a ceiling on the capacity of construction at a reasonable level. Much like other developing parts of Prague, we are assuming there will be a subsequent planning study here,” explained Deputy Mayor Petra Kolínská.

The Prague Institute of Planning and Development (IPR) will now start drafting the proposed change, designated Z2440. Subsequently, its impact on sustainable development will be assessed and, after public discussion and approval by the assembly, it will be entered in the land use plan. The change could be ready in a year and a half.

Metro line D is one of the city’s priority projects and its construction is one of the largest transport projects that will affect the life of the city and its residents in the coming decades. Hundreds of thousands of people go through Prague metro stations every day. The decision to build the new metro line D therefore represents a fundamental opportunity for development that can increase the overall standard of living for the capital's residents. Not only the actual transport solution, but also the architectural and visual form of this structure will form a significant part of how the project’s success will be measured in the future. It is expected that it could be in operation within eight years.

Are you interested in changes to the land use plan?

In the summer, IPR Prague started the Plan Change web application (www.zmenaplanu.cz), which provides information about all current and past changes to the land use plan, including alterations and proposals. In addition to viewing changes on a map or in a list in the application, there is also a “watchdog” for keeping track of changes in parts of Prague selected by the user.

“Making changes to the city plan is a relatively complicated administrative process that it is hard to understand. The valid land use plan is subject to dozens of changes a year. This situation is very confusing for the public—ascertaining information about forthcoming changes to the plan often requires almost detective-level work” said IPR Director Ondřej Boháč.