On the Road with the Metropolitan Plan 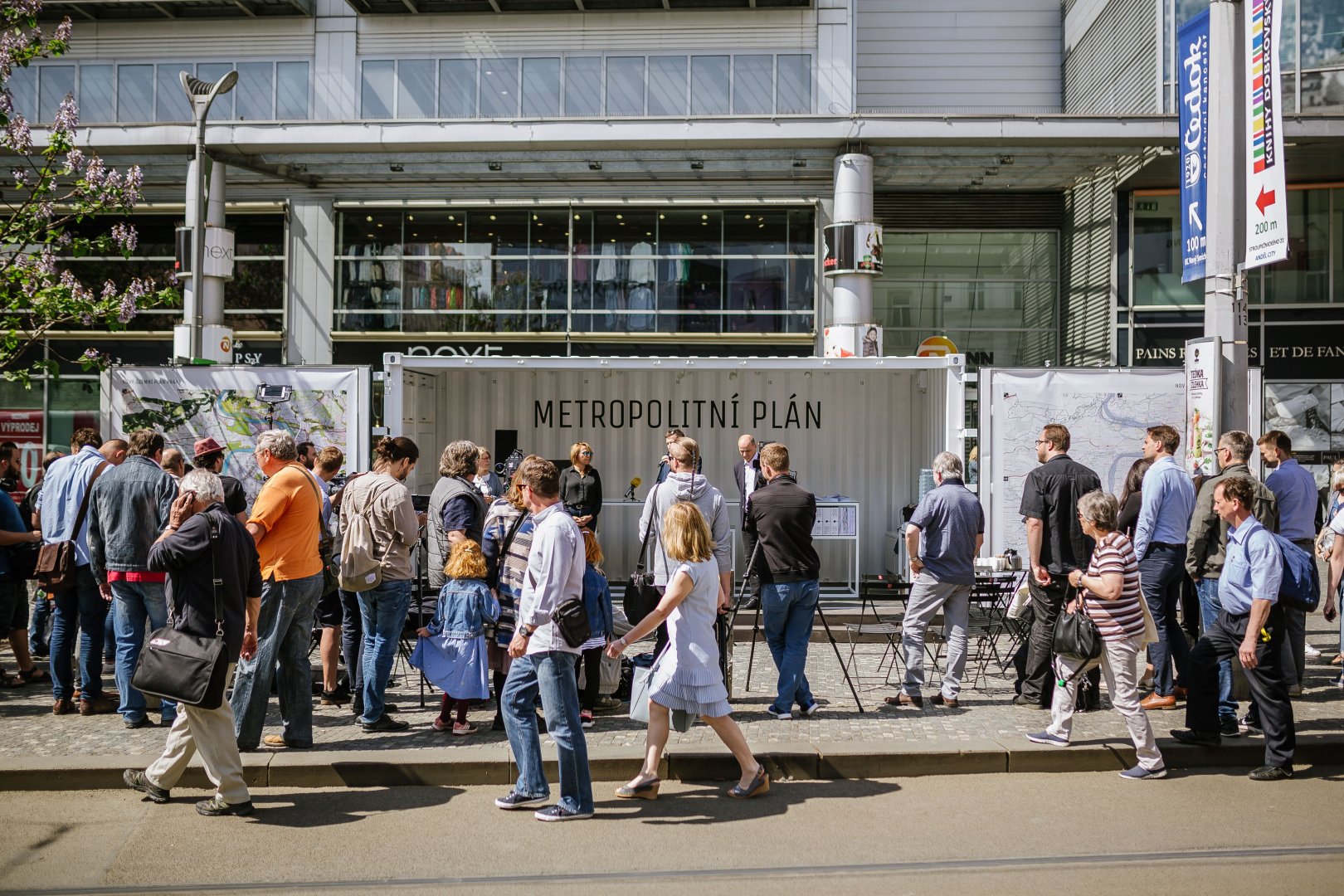 “The design concept of the plan recently underwent a major discussion involving many people from different disciplines and institutions. I believe that the long process of discussion is now well prepared,” says Mayor Adriana Krnáčová.

People can review the plan for the next three months, and get ready for issuing comments. It will be possible to submit comments on the plan for a period 30 days, starting on June 27, 2018.

"Now that the Metropolitan Plan has been prepared by the experts of the Prague Institute for Planning and Development, it is time for city residents to have their say. We want to talk to people as much as possible, because they know their neighborhoods best. This is one of the reasons we’ve organized this tour and a lot of other communication activities. Additionally, we have extended the time to for people to study the plan by two months,” said Deputy Mayor Petra Kolínská.

One of the means by which people can become acquainted with the Metropolitan Plan is an informational tour around the various Prague localities. A display container, made from a retrofitted shipping container, will visit a total of 17 locations, from Andel through Palmovka to Uhříněves. It will remain at each stop for two days, during which IPR Prague staff will be on hand to answer the questions of local residents - whether they concern the Metropolitan Plan or other projects in the area.

A corresponding exhibit at the the Center for Architecture and Metropolitan Planning (CAMP) will introduce the draft of the Metropolitan Plan in even more detail. On display will be the main drawings and selected diagrams of the plan. The aim of the exhibitis to familiarize the public with the content of the plan and to clearly explain its methodology. From the opening of the exhibit until June 1, representatives of the team responsible for the drafting of the plan, as well as the representatives of Prague City Hall, will be present at CAMP two days a week. Both the public and representatives of the city districts will have the opportunity to come to CAMP and discuss both specific and more general concerns with experts during this time. From June 1 until the end of the exhibit, experts on the plan will be available for consultation every weekday.

The draft Metropolitan Plan expresses the vision for Prague's development over the next decade. The plan sets the guidelines to be followed by the public administration, investors and citizens alike. The plan does not address the details of individual buildings and parcels, but rather the concept of the whole city, including the development of infrastructure and areas for new housing construction. “We expect, and welcome, a huge amount of interest from the public. We are striving to communicate as much as possible. We expect tens of thousands of questions and comments,” explained Ondřej Boháč, Director of IPR, the the body responsible for the drafting of the plan.