In August, Prague hosted a week of inspiring workshops as part of the European-funded Urban Nature Labs project (UNaLAB). Prague is a “Follower City” under this multi-year project, which aims to employ nature-based solutions for enhancing the city’s climate resilience using a “co-creation process”. Under this approach, multiple stakeholders are brought together to achieve the best possible outcome. 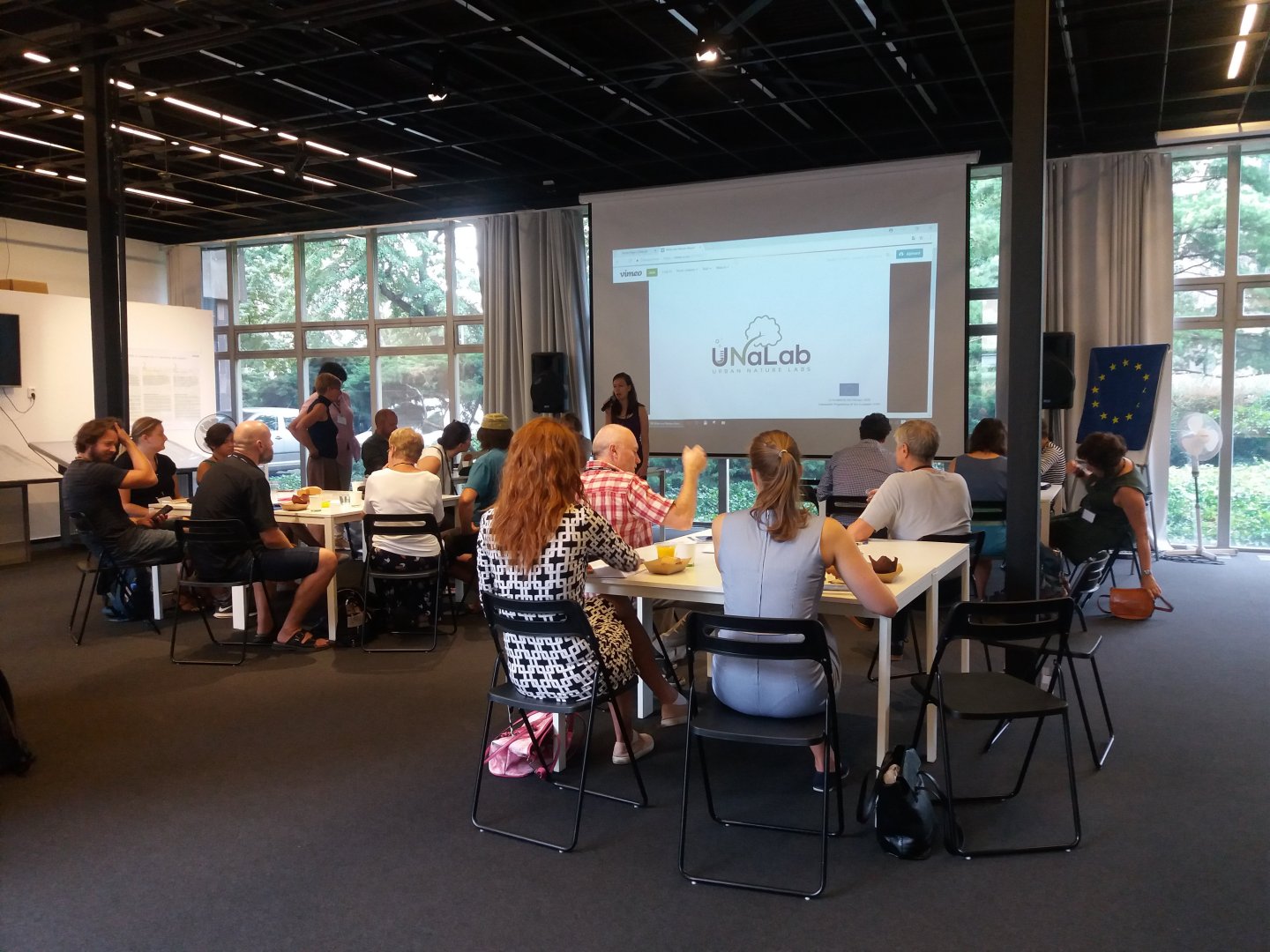 At the beginning of the week, the German Fraunhofer Institution IAO performed an on-site assessment to map the current state of climate and water resilience in Prague. To this end, Fraunhofer held 17 interviews with experts from key Prague-based institutions. The interview partners were selected from a wide cross-section of fields to ensure that a broad range of data was gathered. A workshop was held in conjunction with the interviews to identify possible intervention areas for nature-based solutions to increase Prague’s resiliency.

Later in the week, representatives from the Eindhoven University of Technology conducted a two-day workshop to develop a more detailed vision for climate and water resilience in Prague. The main elements of the vision were defined on the basis of Prague’s stated ambition for climate resilience: “Prague 2050: A liveable city in harmony with nature”. An interdisciplinary team of local stakeholders, including NGOs, universities, and public entities worked together to develop the vision, and the ideas being discussed were simultaneously drawn and projected on a large screen with the help of a graphic designer. The final result of the discussions was an illustration of Prague’s vision for climate and water resilience. Please click here to see the results.

The vision workshop was the second of a series of three workshops that are being held to create a roadmap of nature-based solutions towards the climate and water resilience of Prague in 2050. The third workshop is expected to be held in the second half of 2019, when the results of the Fraunhofer interviews will be used to identify gaps between the vision for Prague in 2050 and the status quo. A roadmap will then be designed to define the next steps for overcoming gaps and achieving the vision.

We hope to transfer the energy and inspiration generated during the week of workshops into projects already underway, such as the Climate Adaptation Strategy for the City of Prague.

General information about the project: IPR Prague is part of the European project "Urban Nature Labs" (UNaLAB) in the framework of the Horizon 2020 programme of the European Commission. In the project a strategic roadmap for the implementation of innovative, replicable, and locally-attuned nature-based solutions (NBSs) will be developed to enhance the climate and water resilience of the City of Prague. Relevant stakeholders will be continuously involved in co-creation processes to the roadmap. As part of the project, the City of Prague is one of five Follower Cities expected to draw lessons from the experiences of the Frontrunner Cities of Tampere (Finland), Eindhoven (The Netherlands) and Genoa (Italy), all of which are already employing Nature Based Solutions to help create more climate resilient cities. The Follower City Prague is represented in the project by IPR Prague in collaboration with the Capital City of Prague. The project launched in June 2017 and will run until May 2022.