Victory Square will open up to the public. Prague has a winning design!

The long-awaited transformation of Victory Square now has a clearer outline. The Prague Institute of Planning and Development (IPR) has announced the winner of the architectural competition for the redesign of the square. The design deemed best by the expert jury diverts all traffic away from the center of the square, which will entirely transform the space. The authors of the design are Pavel Hnilička, Eva Macáková and Josef Filip. 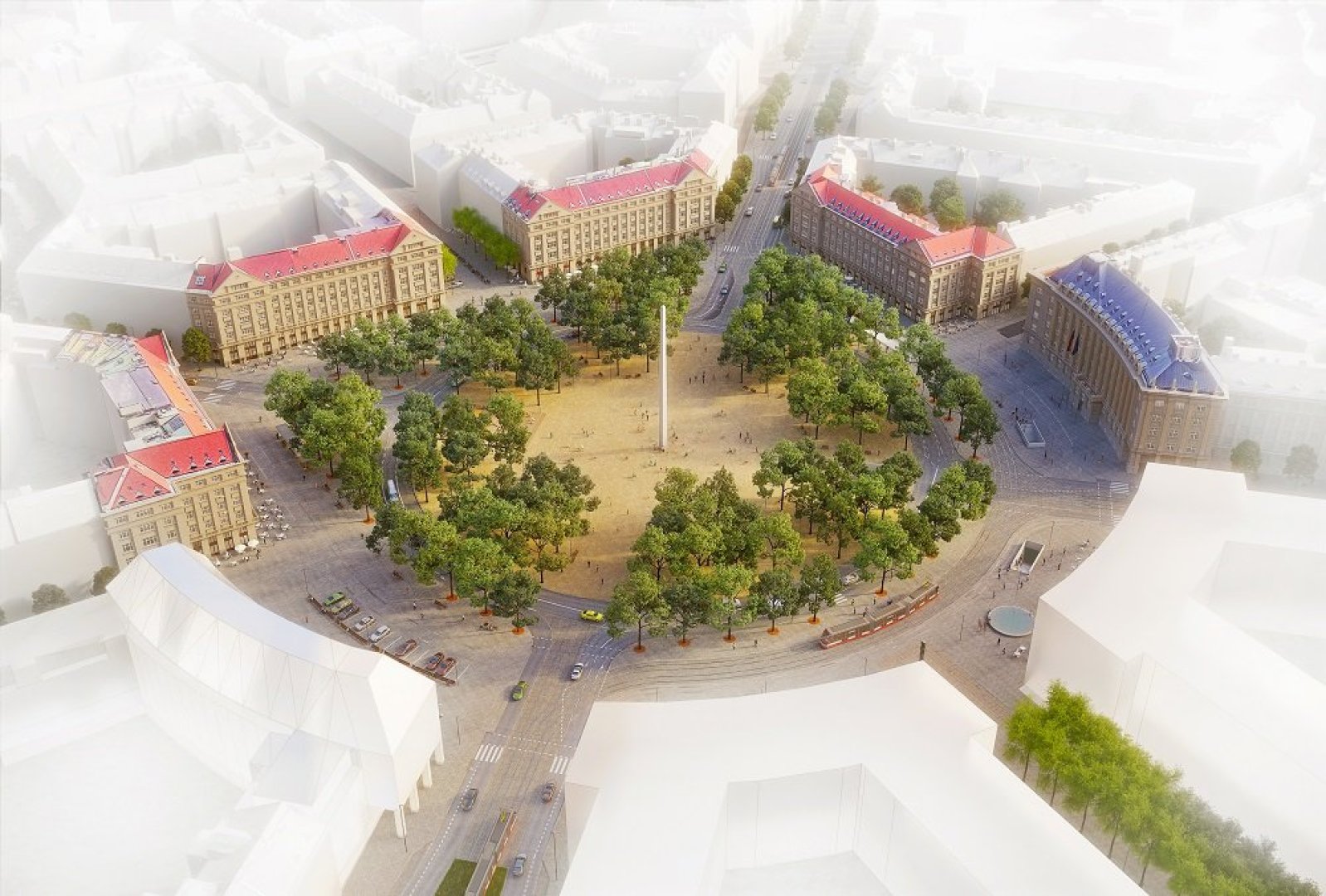 “After Malostranské and Karlovo náměstí, we are going forward with necessary changes to Victory Square as well. Based on the winning design, it has the chance to become one of the most prestigious places in Prague,” says Prague Mayor Adriana Krnáčová.

In the new design, the tram tracks will no longer cut through the square, but will run along the west side (Evropská Street). The proposed traffic plan will accommodate more cars than today and will facilitate traffic flow. The center of the roundabout will then become a functional space for universal use.

“I am pleased that the chosen design carries on the legacy of Dejvice urban planner Antonín Engel and also offers greater opportunities for public use. The proposed design will transform Victory square into a greener and more attractive place where people will want to spend time,” explains Petra Kolínská, Deputy Mayor.

The planned placement of trees was very well received by the jury. The trees will separate the roadway from the center of the square and thus create an undisturbed pedestrian space. People will easily get to the new square from a new metro exit or via crosswalks.

A striking element of the design is also the central monument, which took the form of an obelisk in the original plans of Antonín Engel. The jury recommended holding a competition to design this monument.  The monument to foreign soldiers of the Second World War will be moved to the northeast part of the square (by Technická Street) due to the new traffic layout of the square. The plans also call for drinking fountains, new urban furnishings, and decorative fountains.

“The thinking of Antonín Engel greatly influenced Prague. Although his original plan was never finished, today’s generation of urban designers carry on his legacy. The winning design is a good example of this,” says Ondřej Boháč, Director of IPR Prague.

The proposal is now being finalized and could be implemented in five years. The total amount of the awards and prizes is set at CZK 3 280 000, excluding VAT.

The competition was announced by IPR Prague in April of this year. Over 40 proposals were submitted, five of which were selected by the jury for the second round.  Of the five finalists, one winner was selected and two other designs received awards.