A Safer and Greener Klárov

The Prague Council approved a study today to transform Klárov, i.e. the area surrounding the Malostranská metro station. The study’s chief objective was to find a solution to ensure a better balance of conditions for the various types of traffic passing through this area. The study primarily considers the safety of pedestrians and solutions for connections to the immediate vicinity of Klárov. The Prague Institute of Planning and Development (IPR) has commissioned the A69 studio to prepare the study. 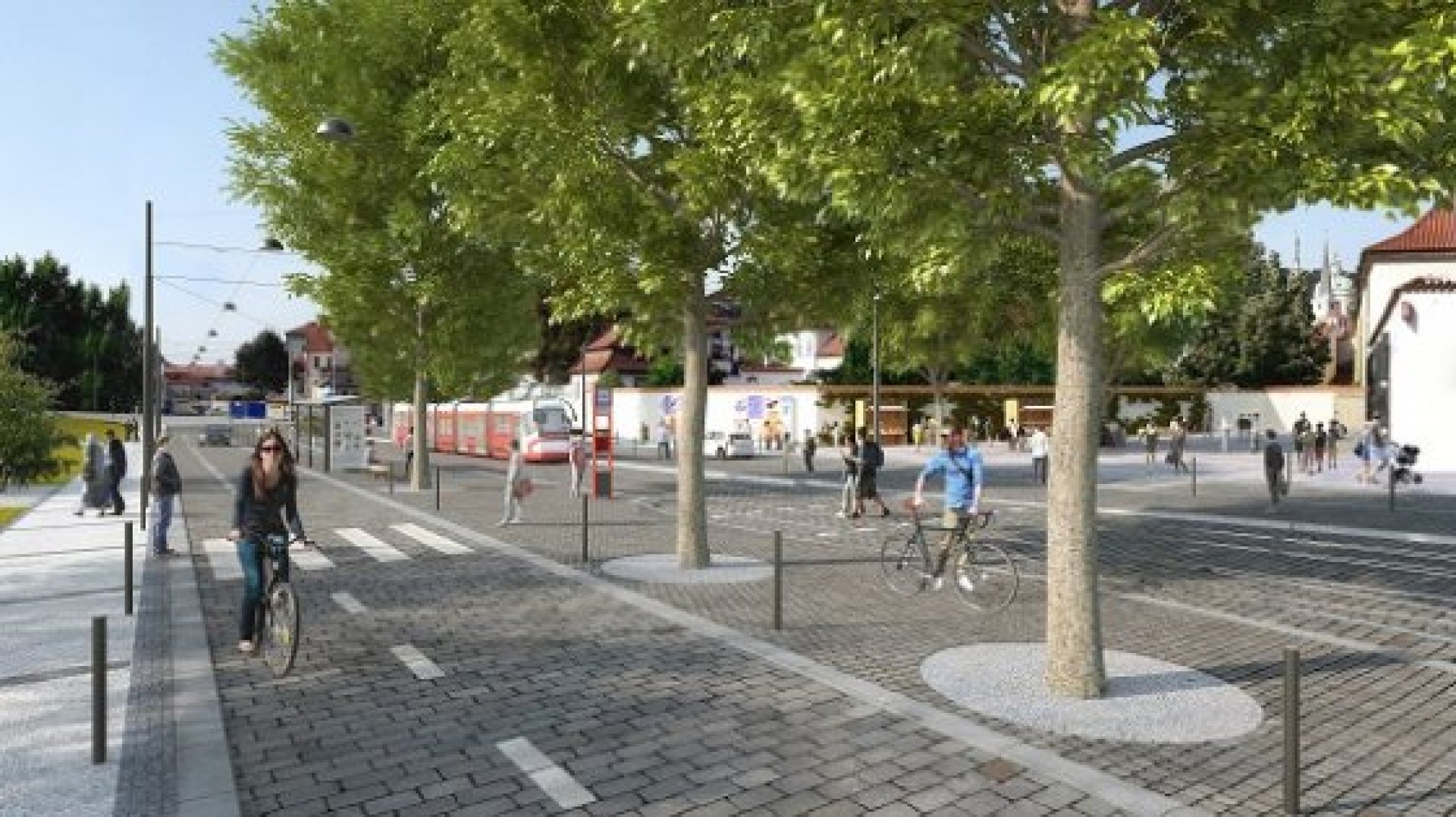 (The study also contains modules outside the scope of the study. These modules have not all been approved by the Council of the Capital City of Prague and merely serve to verify possible solutions based on ideas proposed by the contractor’s architect).

The combination of road traffic, trams, cyclists and pedestrians has caused above-average accident rates at Klárov. This was one of the chief drivers behind the study, which seeks to balance the conditions for the individual traffic types and emphasize pedestrian safety. It should enable pedestrians to comfortably cross the road, and people waiting for a tram should no longer need to crowd onto the narrow tram stop island.

“Such an important location should not only be representative but also safe and well-organized. I am glad that the proposal also includes the renovation of the adjacent public spaces. I hope that Klárov will be another place where people feel safer and which we can be proud of,” said former Deputy Mayor Petra Kolínská.

Klárov will get new trees, pedestrian crossings, and wider pavements and tram islands. The tramline will be straightened and new cycle paths created.

“We believe that the discussions about the renaming of the metro station will be accompanied by discussions about the transformation of the entire space. It is one of the most representative spaces in Prague, yet today it is far from realizing its potential,”explained IPR Director Ondřej Boháč.

The revitalization should also involve the so-called “mousehole“ – the stairway leading from Klárov to Letná. The study foresees barrier-free access to this vital link. Another potential traffic solution would involve limiting traffic turning into Valdštejnská Street from Kampa, which would significantly reduce traffic levels in Malá Strana.

The proposed schedule anticipates implementation by 2023 at an estimated cost of CZK 400 million.