Prague has won the prestigious Red Dot Design Award for the design of street wastebaskets. These wastebaskets are part of a comprehensive set of street furniture that was created at the city’s initiative in 2017, when the Prague Institute of Planning and Development (IPR) held a design competition. Of the entire set, which consists of a bench, wastebasket and bicycle stand, two types of wastebasket – hanging and free-standing – received awards in the Product Design category. The authors of this design are Michal Froněk, Jan Němeček and Aleš Kachlík. Not just the award-winning wastebaskets, but the entire sets of street furniture, have already been installed in several locations such as Stromovka Park, Petřín and Strossmayerovo náměstí. 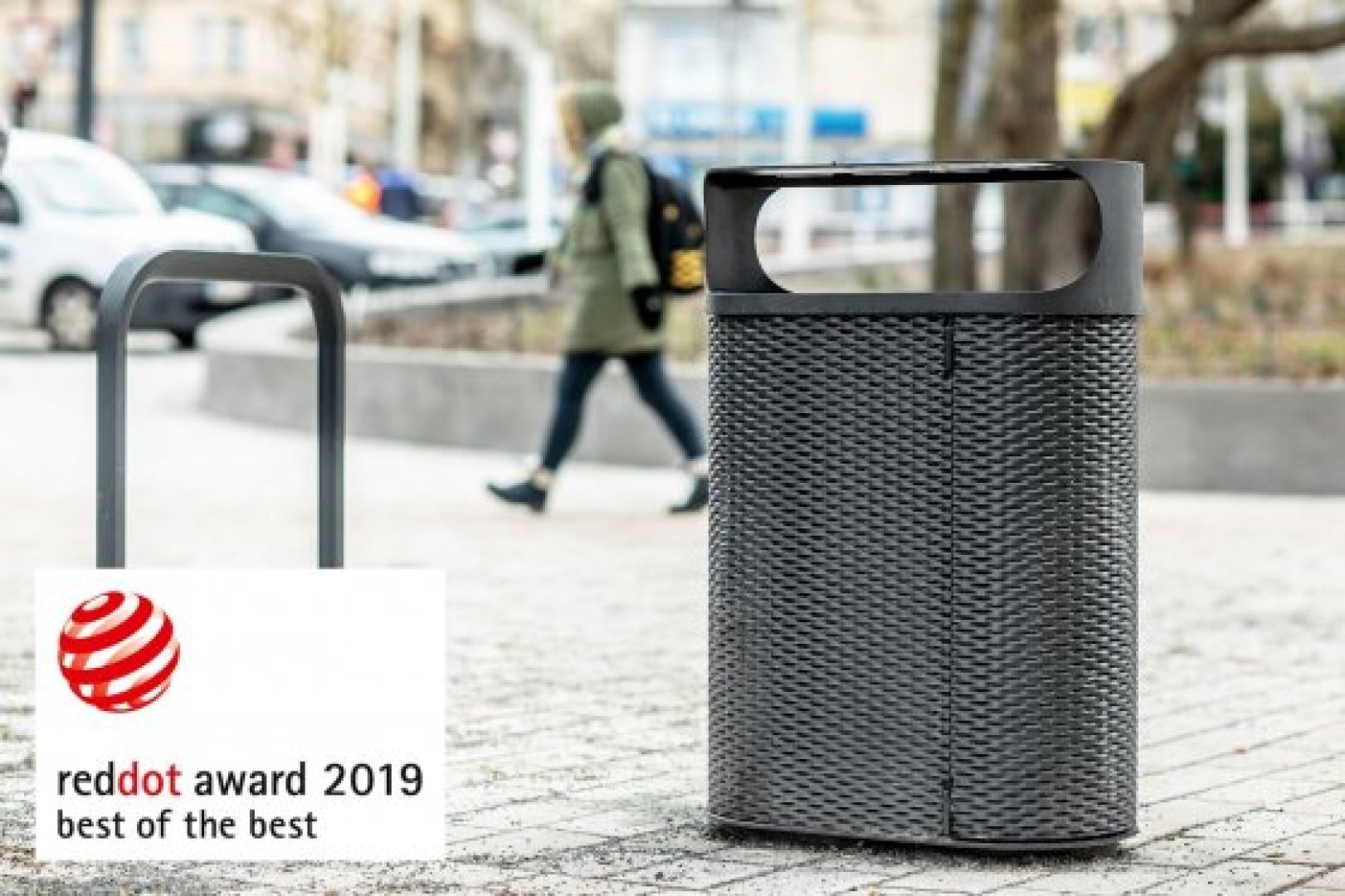 “Even small elements such as wastebaskets help create a functional and beautiful city. So, I’m pleased that we are installing street furniture in Prague that is worthy of an international award,“ says Prague Mayor, Zdeněk Hřib.

The award-winning wastebaskets are part of a set of street furniture that includes a bench and bicycle stand. It’s interesting that the exterior of the wastebaskets is made of a special material - perforated metal (mesh). The authors of the design chose this rough surface to protect the furniture against graffiti and flyposting. There are two types of wastebasket – hanging and free-standing, and more types will be added in the future. A recycling wastebasket is also planned.

“The goal is to have uniform street furniture that will contribute to the more unified and representative appearance of Prague. The award we received for the wastebaskets is confirmation that we are on the right path in looking after our city,” explained Jan Chabr, Councillor for the Management of Municipal Assets.

The impulse for the city to have its own street furniture arose from a detailed survey of the current state of street furniture in Prague The analysis pointed out the main deficiencies in furniture on Prague streets: the furniture is often neglected, inappropriately located and of aesthetically poor quality. There are several institutions that install and maintain street furniture in the city. However, their competence is not clearly defined and they don’t usually coordinate their activities. This means that no one takes care of street furniture in some areas, and maintenance in other places overlaps unnecessarily: for instance, there are 4 different wastebaskets next to each other on I.P. Pavlova. And it’s the disparity in individual types of furniture that is a serious problem.

This is why IPR announced a design competition in 2017, which was won by the set including the award-winning wastebaskets. This furniture has been installed in several locations since the beginning of last year.

“The benches, wastebaskets and bicycle stands have been installed at Stromovka, Petřín and on Strossmayerovo náměstí or the area around the recently renovated National Museum,”  concludes Ondřej Boháč, Director of IPR.