The revitalization of Charles Square continues. A detailed square management plan is being drafted.

On April 23, 2019, Prague councillors approved the next step towards transforming Charles Square. The design proposal that won the competitive dialogue will be adjusted, a project committee will be formed, and a square management plan will be prepared. The winner of last year’s competitive dialogue was a team from German landscape architecture studio Rehwaldt Landschaftsarchitekten, along with BY Architects and the traffic specialists PD Filip. The proceedings were managed by the Prague Institute of Planning and Development (IPR). 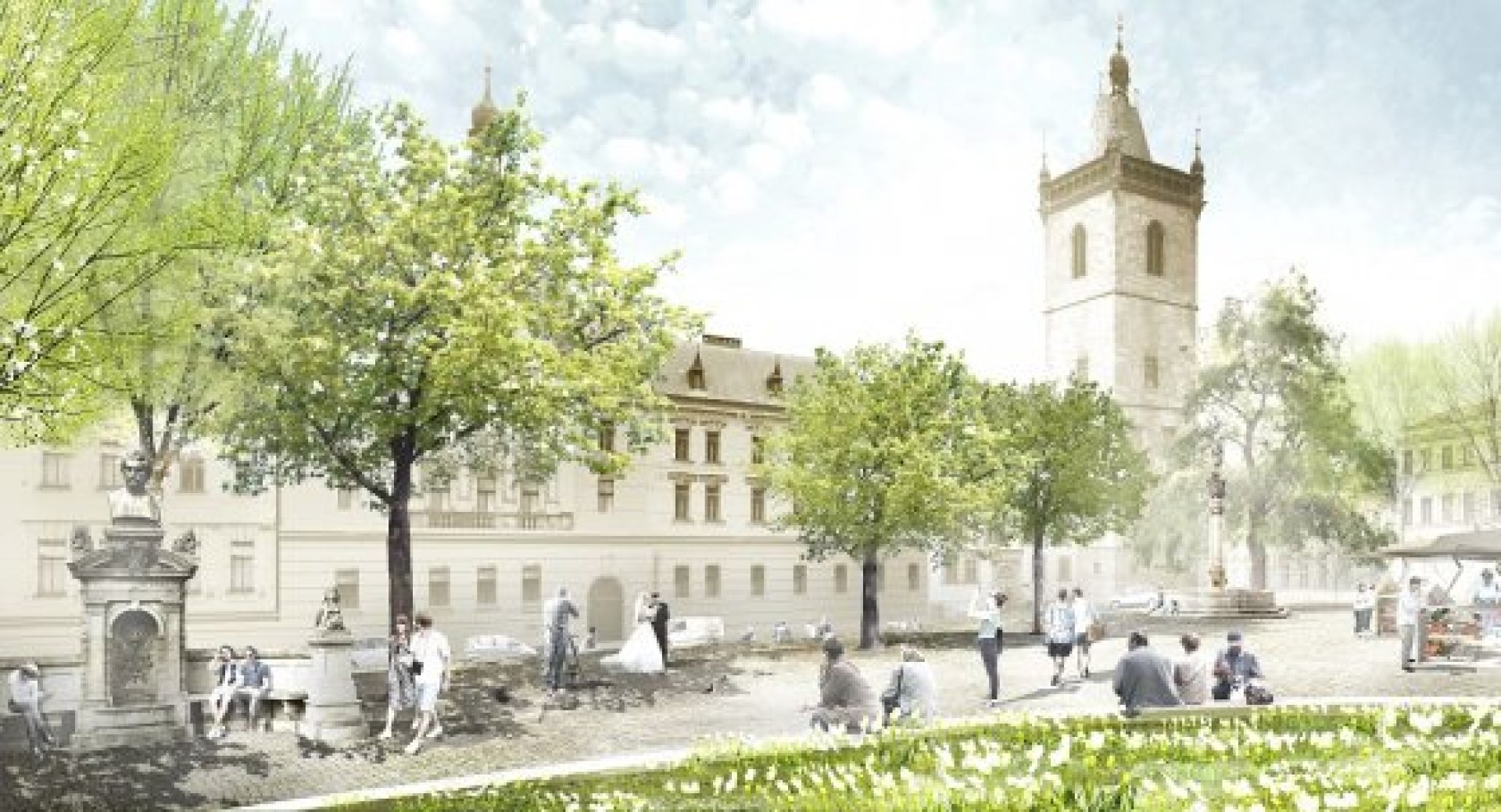 “It is a pleasure to build on the high-quality results of the competitive dialogue. Transforming Charles Square into a functional and pleasant space will not be an easy task. This is why it is very important to set up square management principles from the beginning and continue cooperating with all involved parties,” explained Petr Hlaváček, the Deputy Mayor of Prague responsible for territorial development and the land use plan.

The competitive dialogue for Charles Square was announced in 2016. This type of competition allows all interested parties to engage in creating and developing a proposal from the beginning to the end of the process. The Commission selected five teams to work together with all interested stakeholders (for instance, the Prague 2 district administration, the City Hall Heritage Department, the National Heritage Institute) to create commissioning briefs and design proposals for the park’s new appearance. At the end of 2018, the Commission selected the winning team—German landscaping architecture studio Rehwaldt Landschaftsarchitekten, along with BY Architects and PD Filip.

On April 23rd, 2019 Prague’s councillors followed up on last year’s results and approved the next steps in the process to transform the square. The approved proposal will be partially modified, and a project committee will be formed. The Committee will draw up commissioning briefs for the individual project stages and oversee their implementation.

“The council today approved further steps in revitalising this large square and transforming it into a space where Prague residents will be able to  spend their time in a more pleasant environment. Revitalization of  Charles Square, which is a listed heritage site, represents a pilot project for Prague in many ways. The public landscaping competition will, among other things, cultivate an important public space. The project will also contribute to adapting Prague to climate change as it implements solutions that are in tune with nature, preserving an extensive green oasis and maintaining and adding to the mature trees in the city centre. The proposal also includes the implementation of an integrated rainwater management system. An important prerequisite for the functioning of this entire area and related measures will be effective management. For this reason, we want to introduce a new management system in the form of a management plan,” added Deputy Mayor for the Environment, Petr Hlubuček.

One important aspect of the management plan will be the definition of rules for the future management of the square, the park and any events organized there. The councillors propose that one person, or a “Charles Square Manager,” oversee the overall administration of the space.

The winning proposal foresees the transformation of the square as occurring in three stages. This will allow for a gradual transformation, beginning with minor modifications that can be achieved quickly, followed by major changes, which represent long-term objectives.

“Some of the measures affecting vegetation will already be implemented this year in order to save some of the dying trees,” said the Director of IPR, Ondřej Boháč.

Once the project documentation has been prepared, the overall revitalization of the park should take place in 2025. In the long-term vision to 2048 (which marks the 700th anniversary of Charles Square) the authors anticipate the gradual moderation of traffic to the extent where the entire eastern side of the square will be dedicated only to pedestrians and a promenade will be created.