Prague now has a mobility plan to the year 2030

The Prague City Assembly has approved the Sustainable Mobility Plan for Prague and the metropolitan area. Through 242 specific interventions, this document presents a long-term strategy for easier connections between the surrounding metropolitan area and the capital, an overall reduction in traffic, the development of electromobility, and most importantly, improved transport safety.

The measures proposed under the Polaď Prahu project will cost approximately CZK 113 billion and transform mobility in Prague and its suburbs up to the year 2030. The Prague Institute of Planning and Development (IPR Prague) was involved in preparing the document. 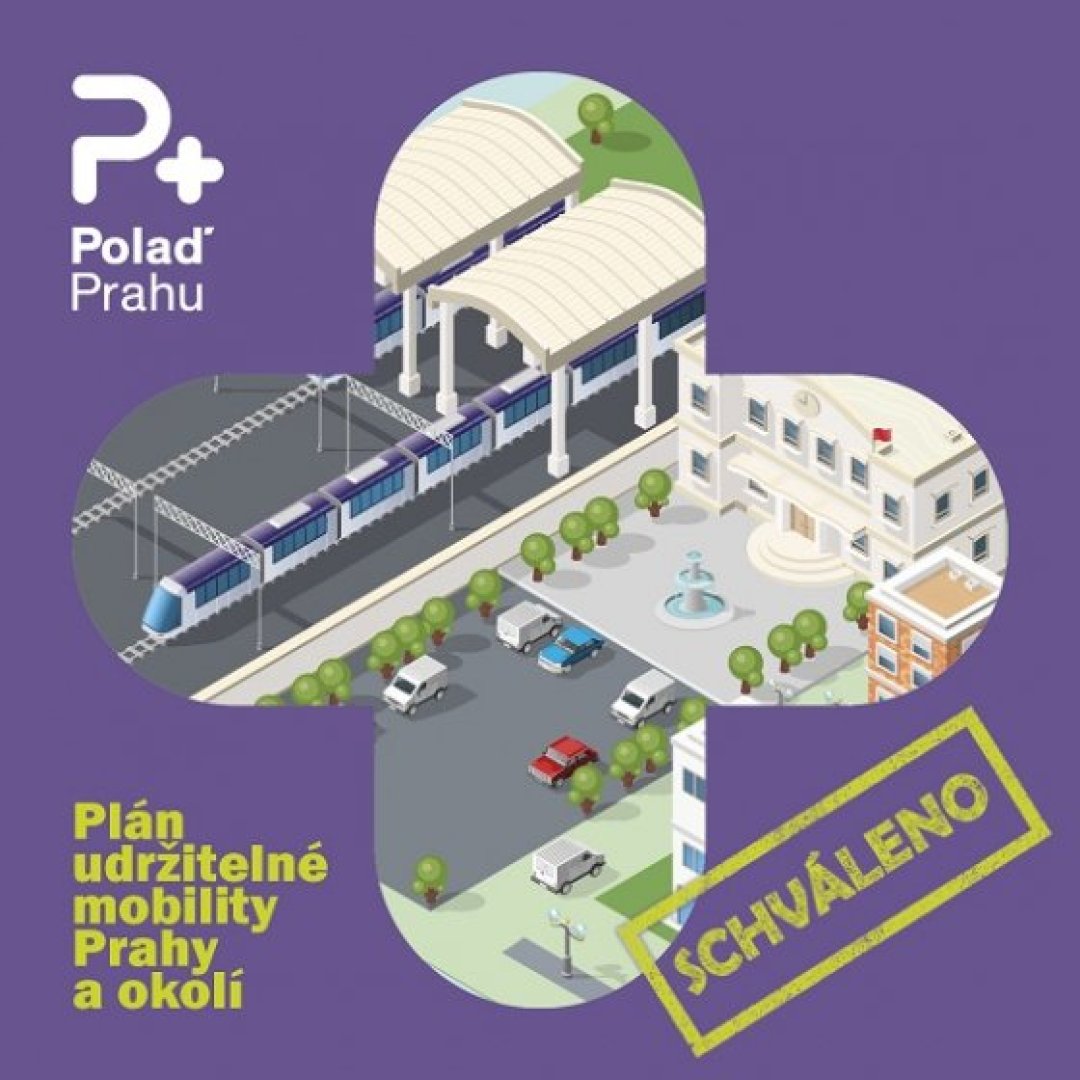 After analysing problem spots and through a detailed discussion that included both the professional and lay public, the capital city now has a clear idea of how to comprehensively deal with transport and transport-related issues in Prague and its surroundings. In September 2018, the City Council approved the concept of the P+ document, and the final step before finalizing the plan was obtaining the results of the environmental assessment at the end of March 2019.

The approved strategy addresses eight core areas and offers specific points for improvement in each.

“After twenty years, thanks to the Sustainable Mobility Plan, we have a new transport policy concept for a city of the 21st century. Thanks to 242 specific priority measures, we will make it easier for people to comfortably walk or ride their bikes in the city. We will reduce the amount of car traffic passing through the city centre and improve overall city life, including the air we breathe,” said Deputy Mayor of Prague and Councillor for Transport, Adam Scheinherr. “We owe a large debt to the air quality in Prague due to the transport situation. The new coalition finally wants to start paying back this debt, so it’s important that this plan is binding for future councillors, regardless of political affiliation.”

The strategy follows the global trend of reducing carbon emissions through the provision of accessible public and freight transport, improving the environment, and increasing transport safety. “Concrete measures that will lead to reductions in our carbon footprint include, for example, the introduction of electric buses on selected routes or the construction of P+R car parks near railway stations in the Central Bohemian region, so that they are as close as possible to the homes of regular commuters. In terms of public transport accessibility, we have made a big commitment to increase the number of barrier-free metro stations from 72 to 95 percent,” said Daniel Šesták, Project Coordinator of the Polaď Prague project.

The approved document replaces the original transport policy concept of 1996 and is binding for Prague. “Transport, like the rest of the city, is constantly evolving. In the 1990s, people moved around the city differently than they do today, and we expect they will change how they travel in the future. That is why we’ve prepared a strategy that anticipates changes and not only addresses more efficient transport but also the quality of the environment,” said Marek Zděradička, Director of IPR Prague’s Infrastructure Department.