Citizens Can Change the Future of the New Bubny-Zátory District

In June, Prague City Councilors introduced a proposed zoning study for the 110-hectare Bubny-Zátory brownfield in Holešovice. The study showed what the new district could look like, and it was made available for public discussion on August 15th, 2019. Citizens can now begin submitting their suggestions and remarks to the City Hall filing office, in printed as well as in electronic form; comments will be accepted for two months. IPR Prague is also launching an informational campaign--  and much like the campaign for the introduction of the Metropolitan Plan last year, it will send an “informational container” to the Bubny area, which will inform citizens of what’s being planned for Bubny and how to submit their feedback. 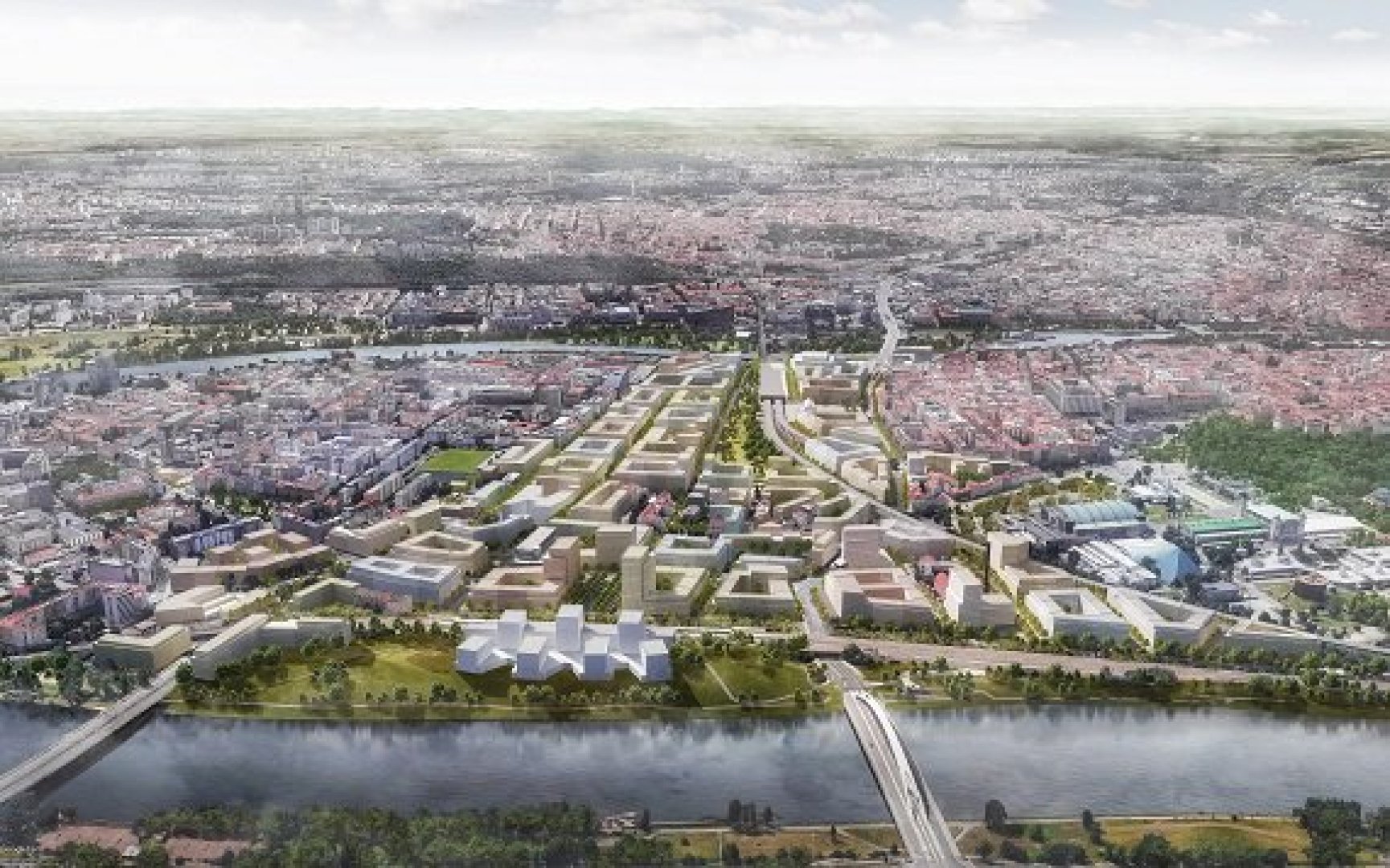 “We are looking forward to constructive and on-point feedback which will help us plan out the new district and fine-tune it to also meet the expectations of our citizens. It is important to keep in mind that the study is merely an assessment of how the district could look in the future. In other words, the new district might not look exactly as it does in the study. We expect to use public selection procedures to determine the form of individual blocks,” explains Petr Hlaváček, 1st Deputy Mayor for Territorial Planning.

Public discussion of the zoning study for the Bubny-Zátory district in Holešovice begins today. Citizens can familiarize themselves with the zoning study and submit their feedback from August 15th until October 15th. The zoning study is available on the city council website:

“People should have the opportunity to impact the development of their city. Bubny will be home to 25,000 Prague residents, as well as a place of work and leisure for countless others. We want to know what you think, and are looking forward to all the feedback,” says Jan Čižinský, Mayor of Prague 7.

The zoning study will be officially introduced by the development team on October 4th, 2019 at a public discussion to be held in the Center for Architecture and Municipal Planning (CAMP). From August 26th until September 19, 2019, IPR will also send a mobile “informational container” to four distinct locations, which will provide people with more information about the zoning study as well as how to submit their feedback. Guided excursions to the area are also planned.

Below is the schedule for the informational container's stops:

“In order to allow people to submit relevant feedback, it is important to make sure they understand the zoning study. That is why we decided to use the same approach as for the Metropolitan Plan and to use our informational container. I believe that our residents will appreciate this step and that the container will receive as many visitors as last year,” concludes Ondřej Boháč, Director of IPR Prague.

The Prague Zoning Department together with IPR Prague co-financed the zoning study, which views this area as an opportunity to create a new, independent district that will be naturally connected to its surroundings. The district should represent a new connection between Letná and Holešovice and provide a home for up to 25,000 residents. The zoning study is authored by “Pelčák a partner architekti” and “ThomasMüllerIvanReinmann architekten GmbH” from Berlin.

More details about the informational container and guided excursions will be available on Facebook and the IPR Prague website.

A closer description of the zoning study is available in the press release from June of this year: http://www.iprpraha.cz/budoucibubny

What will happen next?

What do public discussions mean

The public presentation of a zoning study, i.e., the “public discussion” associated with a presentation and explanation of the proposal, will take place on 4 October 2019 in CAMP. The proposed zoning study and deadlines for public discussion will be made public on the official notice board of the Prague City Council and on the website iprpraha.cz/bubny. Received feedback will be processed by the purchaser of the study (the Land Planning Department of Prague) and transferred to the authors of the study for incorporation.

What is a zoning study?

A zoning study is a study depicting the future development of an area. These are carried out when it is necessary to verify the possibilities of using a certain area (e.g., a brownfield). The study serves as a base document for deciding on how to develop an area and for creating zoning documentation. In the case of Bubny-Zátory, the study will serve as a base document for changes to the zoning plan.

After public discussions and approval, the study will serve as a base document for changes to the zoning plan. Construction is expected to begin within five years.