The Prague Institute of Planning and Development (IPR) has selected the team that will undertake a study assessing how to give Mariánské náměstí a new look; Prague-based Studio Xtopix will tackle the study for the redesign of the square. However, at the end of September, and in conjunction with European mobility week, a temporary transformation of the square will begin. The design will redirect traffic and transform nearly the entire square into a park. It will remain this way until the beginning of next year, when the study addressing the permanent redesign of the square is expected to be completed. 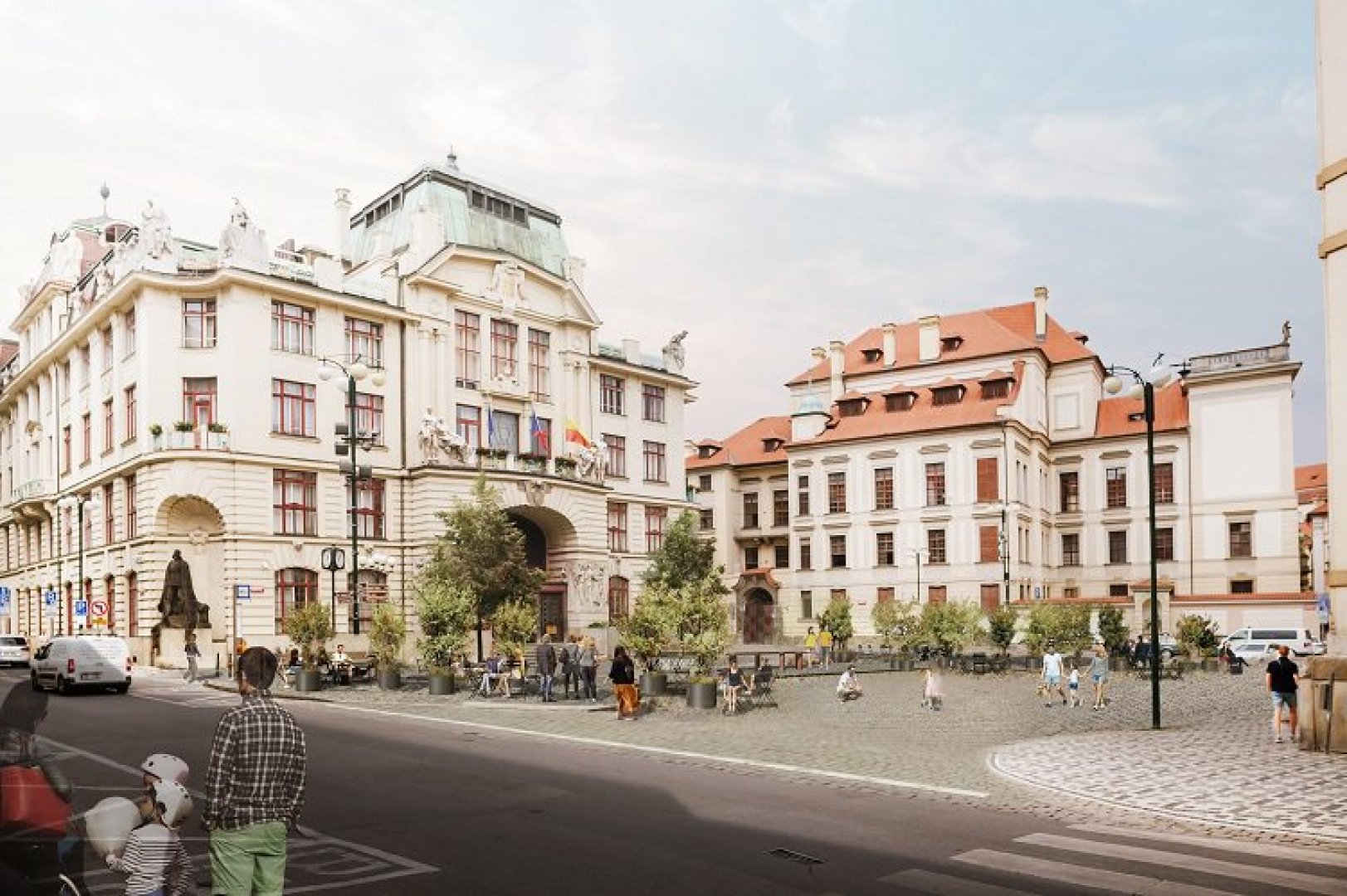 “In addition to City Hall, Mariánské náměstí is home to several important Prague institutions such as the Municipal and National libraries. However, at present, it is rather poorly arranged and functions more as a parking lot than a square. I am pleased that the transformation will be handled by a multi-disciplinary team of architects, transportation engineers, water management specialists and landscape architects,” said First Deputy Mayor of Prague, Petr Hlaváček.

Specializing in architecture, urbanism and graphic design, Studio Xtopix will create a design for Mariánské náměstí by the beginning of next year. Until reconstruction commences, the square will temporarily be a pedestrian zone, furnished with Prague tables and chairs, art installations and other attractions. In addition to these visual changes, events coordinated by IPR, the Prague Municipal Library, Prague City Hall, the Prague Municipal Gallery and other institutions will occasionally be held here.

The winning studio will also be accepting input from residents about the new appearance of the square. From September 21st to October 1st, IPR staff will be on hand in our popular shipping container, which will be placed on the square to collect suggestions and ideas on how the square should be transformed in the future.

“We welcome Prague residents to share their ideas about how the square should look, what it should offer and what its function should be. We are trying to create a space in the city center that will not only serve tourists, but also be a place for locals to relax,” said IPR director, Ondřej Boháč.

Mariánské náměstí was originally a settlement called Na Louži, with a Church of the Virgin Mary and courtyard from the mid twelfth century. Despite the many changes in the surrounding area, the square continues to be named after the church to this day. The Na Louži settlement was on a busy road leading from the Old Town Square market to the Vltava River. A major change occurred when the most dominant building in the area, the new Town Hall, was built between 1908 to 1911. Prague plans to complete the reconstruction of the square within five years.