Better design and control over advertising; Prague is testing its own tram stop shelter at Palacký Square until spring.

A prototype of a public transit shelter and railing will be tested at Palacký Square until the spring of next year. The prototype is the winning design selected through a competition held last year by the Prague Institute of Planning and Development (IPR Prague). Testing will determine the functionality and design of the new shelter, which will cost a maximum of CZK 200,000 to produce. A public tender will be announced next year for the selection of a new supplier and administrator for the shelter. This will give the city full control over advertising and the revenue it generates. 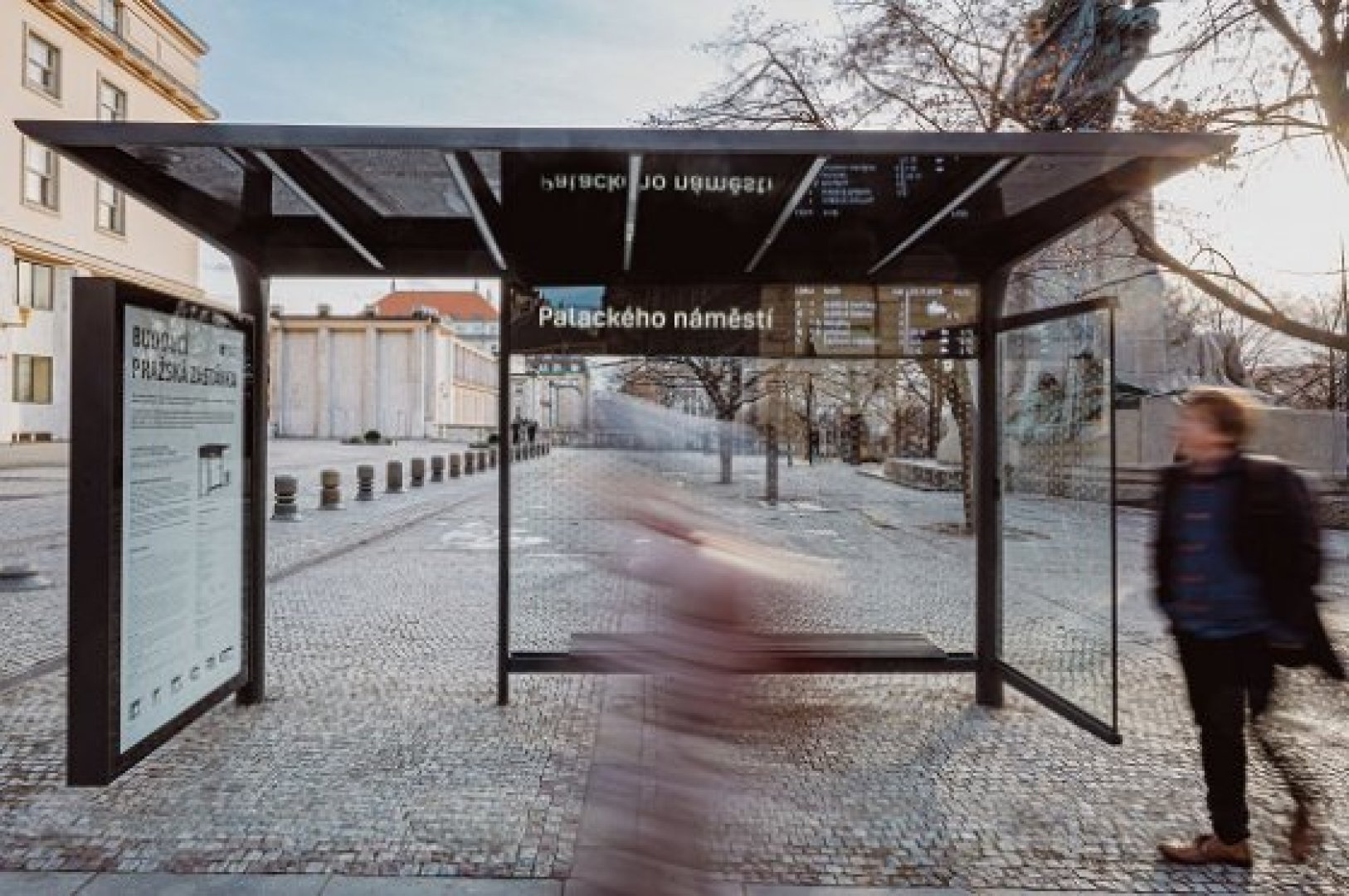 Prague currently lacks sufficient transit stop shelters, and nearly half of them are old and preclude the use of new technologies. These shelters are not owned by the City of Prague, which means the city has very limited influence on their appearance, nor does it have any control over the advertising and revenue they generate. The contract with the current operator of the shelters expires in 2021, and a public competition will be held to select both a new supplier for transit stop shelters and an administrator to look after them.

“Street furniture is an often overlooked but very important part of the city that we shouldn’t forget. In addition to providing user comfort, it should be attractive and easy to maintain. The new shelter has all of these attributes, so I’m pleased they will gradually start spreading throughout Prague,” said Mayor of Prague, Zdeněk Hřib.

“Public transit stops are an essential part of public transport and important elements of the public realm. Whether we’re dealing with a transit structure or a transit stop, we always need to make sure they look good and fit into their surroundings,” explained Adam Scheinherr, City Councillor for Transportation.

The initiative to unify city furnishings and create a distinctive design for Prague began in 2017 with the search for a new design for city benches, trash bins and bicycle racks. The winning designs were tested, and today, Prague residents can find the new furnishings in Stromovka Park, Petřín, and Strossmayer Square. The new trash bin design even received the prestigious Red Dot Design Award in 2019. The uniform appearance of the furnishings will reduce the different types of urban furniture in the city, and promote a uniform design of these elements, thus setting a minimum standard for street furniture in Prague.

“The unified design of street furniture will help significantly increase the quality of public space in Prague. I am pleased that Prague has its own design that we can be proud of,” said the City Councillor for Regional Development, Petr Hlaváček.

The prototype of the transit stop will be tested in Palacký Square for 6 months. In spring 2020, the testing will be evaluated, and, depending on the results, the shelter and railing may be modified. Pilot production will then commence, and the shelters will appear in various places throughout Prague.

“After more than twenty years, Prague will take ownership of its transport shelters. The city will take control not only of their function and where they are placed, but also of the advertising they generate. Until now, this kind of management has been missing,” said Director of IPR Prague, Ondřej Boháč.

More information is available at: www.iprpraha.cz/mobiliarzastavka