A modern transport terminal will be built in Smíchov. People can look forward to better transfers and an attractive plaza at the front of the station.

A detailed proposal to improve rail and bus line connections and shorten transfer times at the Smíchov Transport Terminal has been unveiled. The plans also call for a Park and Ride (P+R) lot, an expanded entrance hall, and the renovation of the area in front of the station. The city has just announced a tender for a new designer. Construction of the modern transport hub could begin in 2021. 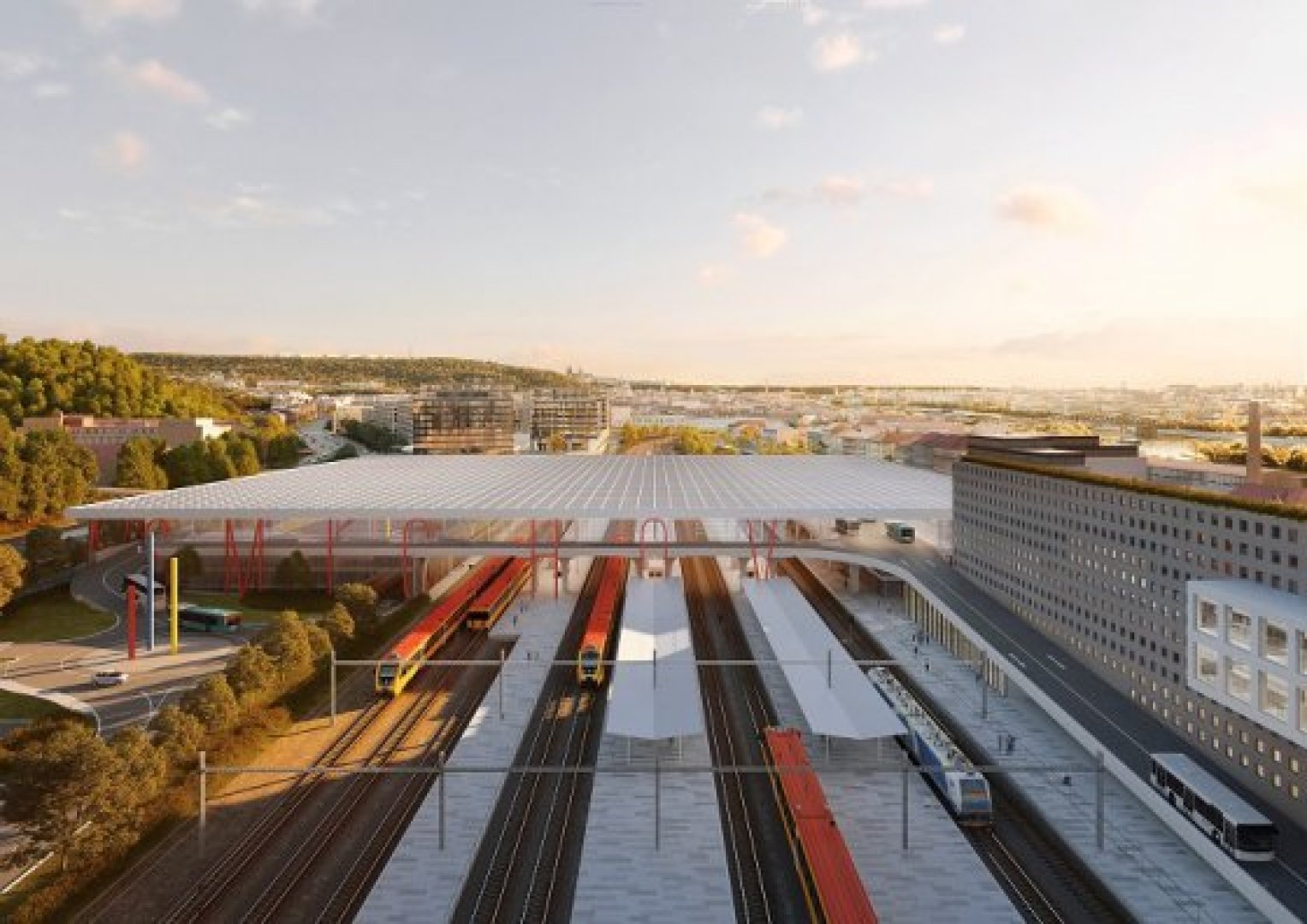 “Smíchov Terminal will be the first truly modern train station in Prague. This is a unique transport hub project based on facilities seen abroad. In the past, different types of stations for buses and trains were built in different places. Travellers will now be able to use international, regional and city trains and buses, trams and the Metro in Smíchov, perhaps after first parking their car at a large P+R parking lot. The modern design of the buildings makes all this simple, safe and well laid out. Prague will have a transport hub of the future,” explained Prague Deputy Mayor for Transportation, Adam Scheinherr.

The terminal will be a modern transfer point in Prague’s integrated transit system, connecting trains, Metro, trams, city, suburban and long-distance buses, and P+R as well as B+R (Bike and Ride) lots.

“Quality transportation is crucial for the city’s future development. I believe citizens will welcome the planned transformation in Smíchov and that the new terminal will contribute to quicker and more comfortable transit through the city,” said Prague Deputy Mayor for Regional Development, Petr Hlaváček.

Suburban and long-distance buses currently stop at Na Knížecí Street and in front of Smíchov Station. Plans call for moving bus transport to a new terminal above the railway station platforms. City buses will stop at the newly renovated plaza in front of the station, while Na Knížecí will continue to service city buses.

The run-down area in front of the station will be transformed and will include a new tram and bus stop to improve the flow of travellers. The tram line will be straightened and moved away from residences to reduce noise. The design also calls for planting new trees and other measures to make the space cosier.

The new terminal will be designed to minimize its impact on the surroundings. The P+R lot will therefore only have an entrance from the ring road, which will avoid increasing traffic on Nádražní Street. The P+R lot will have up to 1,000 spaces. Even though Smíchov itself will become the broader city center in the future, there is no other place where the metro meets the inner or outer ring roads in this direction from the center, so the P+R must be built here. The B+R parking lot will have a capacity for 1,000 bicycles.

The shifting of most bus transport to the new terminal will enable the creation of a new square on Na Knížecí Street. Plans also include a new, barrier-free entrance to the metro, including a new connection from the terminal to the metro station. Last but not least, a roof will cover entire new terminal, which will reduce noise from trains.

The plans retain the historical 1950s station building and add a new section with shops and amenities for travellers. The new hall will connect existing underground walkways as well as the new administrative wing of the station, which may be the future headquarters of the Railway Infrastructure Administration (SŽDC). The details of this wing have not yet been finalized and will depend on negotiations with SŽDC.

“I'm pleased that the designers also thought about a new pedestrian walkway to connect Nádražní Street with the newly emerging city neighborhood. Since Smíchov will continue to grow, modernizing and improving the surrounding transport is a good idea,” said Director of the Prague Institute of Planning Development, Ondřej Boháč.

Although the original plans called for building the terminal in smaller, functional stages, it has been decided that it will be built all at once to facilitate coordination with other buildings in the area.

The entire terminal project is being coordinated with the planned modernization of the railway station and other future railway projects, such as the 3-track railway bridge over the Vltava, a new high-speed line, and Metro S. The terminal already anticipates the electrification of bus services and the addition of overhead lines to power trolleybuses or electric buses.

The general designer for the new Smíchov Terminal should be selected by the end of this year. Construction of the terminal may begin as early as 2021.

The Prague City Council commissioned the Prague Institute of Planning and Development (IPR Prague) to conduct a study to design the new Smíchov transport terminal. IPR Prague announced a tender which eventually resulted in selecting the A69 Architekti architectural studio. The study was approved by the Council this April. Since then, the study has been elaborated in greater detail.

More information, including the terminal study, is available at: www.iprpraha.cz/terminalsmichov.