An end to delivery trucks in the center: Prague’s first cycle depot to be built in Těšnov

The city logistics study carried out by the Prague Institute of Planning and Development (IPR Prague) approved in the spring has begun to yield tangible improvements. Prague’s first freight micro-depot for the transfer of goods from trucks to electric cargo bikes will be built on the site of a former parking lot under the city’s arterial road. The first electric cargo bikes should head out in mid-November, and the pilot project will be evaluated next year. 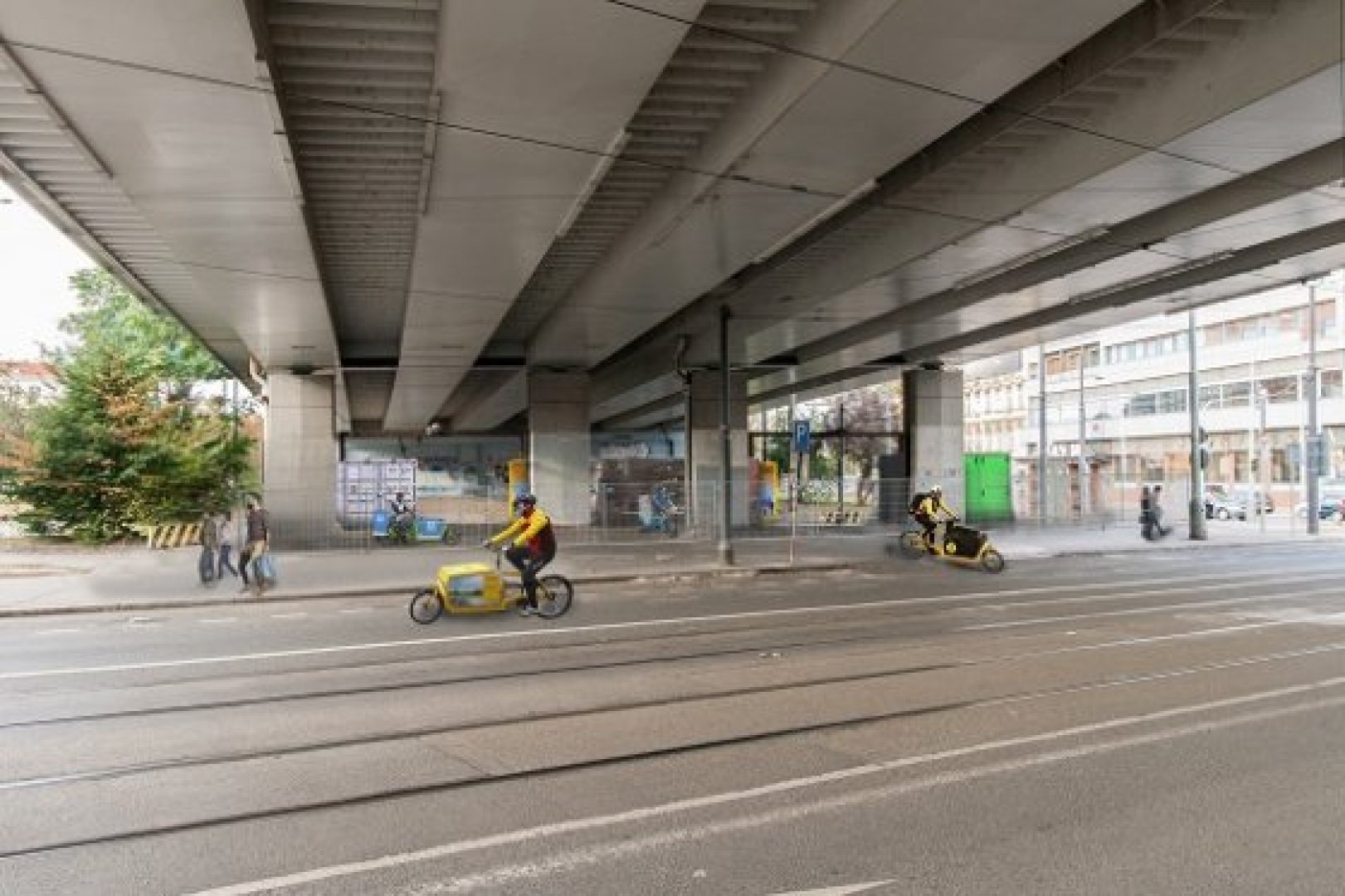 Prague's city logistics study, which aims to relieve traffic congestion, especially in the center of the city, proposes the most efficient way of making deliveries and handling freight transport. As a first step, Prague has created a new micro-depot, which will function as a space where goods are transferred from freight trucks to storage containers, and then on to electric cargo bikes. IPR Prague helped select the most suitable location for the micro-depot, which will be located on the site of a former parking lot in Těšnov owned by the city.

“In practice, the project will operate by having freight companies deliver shipments to the Těšnov micro-depot, where they will be transferred to storage containers. Then they will be loaded onto electric cargo bikes and delivered to customers. The location is easily accessible because it is right under Prague’s arterial road. It has a large capacity and excellent proximity to the city center. The current lease on the site is set to expire at the end of the month,” says Adam Scheinherr, Deputy Mayor for Transportation, as he describes the location choice.

The project is part of an initiative to reduce traffic in the city center, which in the future should also include the restriction of through traffic. There is no comparable regulation for deliveries in the Czech Republic.

“We were inspired by projects abroad. In particular the KoMoDo Project in Berlin. The goal of the entire project is to improve conditions both for Prague residents by relieving congestion in the city center, and the transport companies themselves, with whom the city is currently negotiating,” said Petr Hlaváček, First Deputy Mayor for Territorial Development.

“Effective logistics are an essential component of a healthy city. We are always pleased to see our conceptual documents come to fruition, and this is one example. The use of electric cargo bikes instead of trucks in the center of Prague will help our capital achieve the standards of other European cities without impacting the quality of deliveries,” says Ondřej Boháč, director of IPR Prague.

The pilot project is being coordinated by ekolo.cz, which has extensive experience with electric cargo bikes in the Czech Republic. “Using electric cargo bikes for the last mile will enable Prague to join modern cities where this type of delivery system is already common. I'm glad that ekolo.cz, which introduced electric bicycles to the public 12 years ago, has become the coordinator of this pilot project," says Jakub Ditrich, the company’s director.

On Wednesday, September 23rd, the Těšnov site was presented at IPR Prague's Center for Architecture and Municipal Planning (CAMP) as part of the CARGOBIKE.live conference.