Depot.Bike, Prague's first cycle depot, was ceremoniously opened in November. The depot, located in the Florenc section of the city, will facilitate the delivery of goods throughout the city center by cargo bike, and forms part of the city's plan to ease the congestion of public space, reduce traffic, and improve the quality of life for city residents. 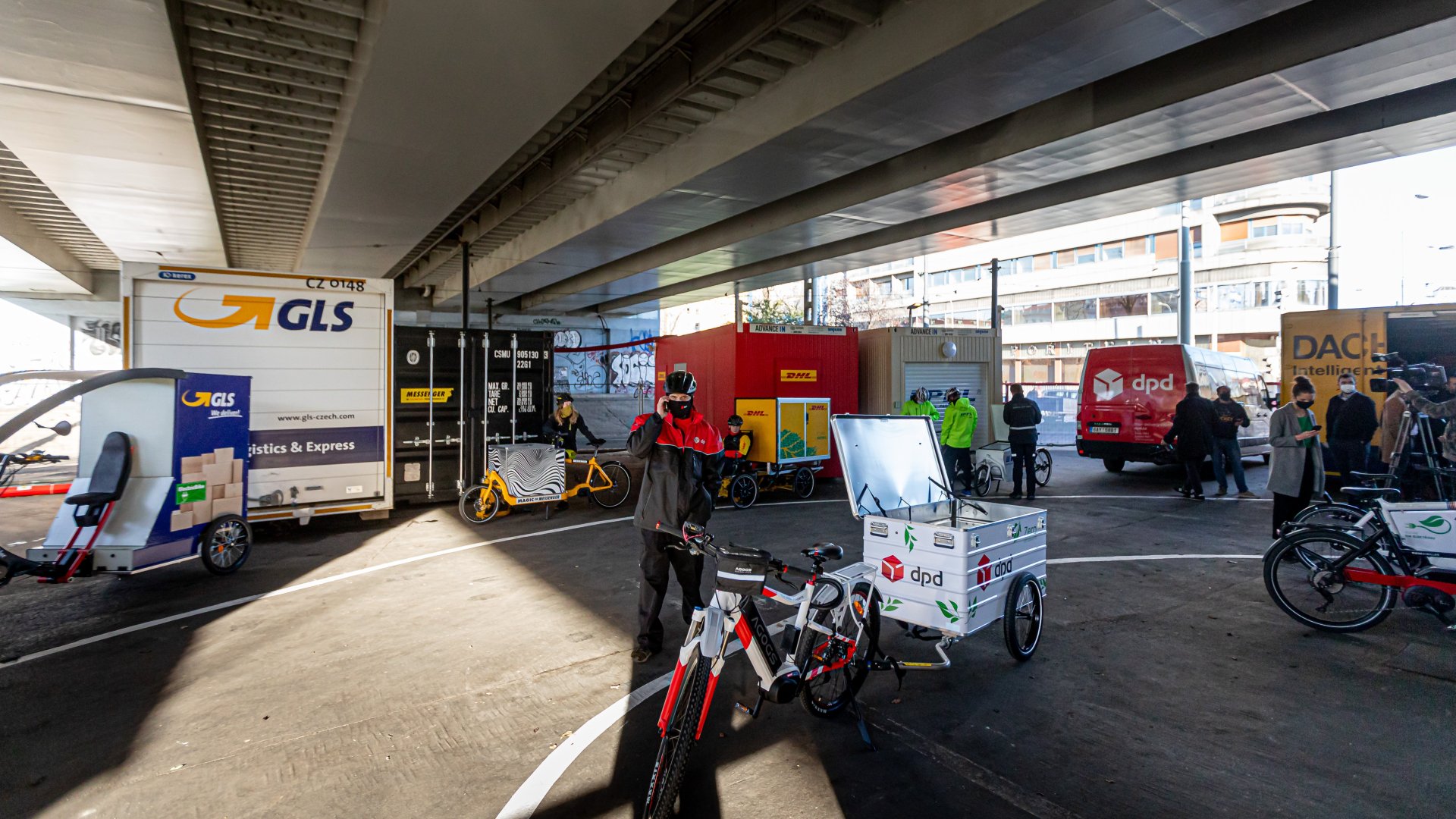 At the opening ceremonies, Adam Scheinherr, Deputy Mayor for Transport, noted: “At the cycle depot on Těšnov Street near Florenc, goods will be transferred from trucks to special e-bikes, and then taken by couriers directly to customers. We've planned everything to be just in time for Christmas. The location is easily accessible because it is right under Prague’s arterial road. The depot is large and well-connected to the city center. Experience from abroad speaks clearly. Up to 32 percent of deliveries in city centers can be made using cargo bikes. And that is no small number. Effective logistics is the foundation of a healthy city and, if it works elsewhere in the world, it can also work in Prague. It is a step in the right direction, and will reduce the number of vehicles in the city center, improving the quality of the air we breathe in Prague.“

Prague's City Council decided to implement the project based on a transport study carried out by the Prague Institute of Planning Development (IPR Prague). Thanks to efficient and intensive cooperation between the city and logistics companies, it was possible to complete the project in just three months.

Petr Hlaváček, First Deputy Mayor for Territorial Planning, notes: “The development of the city is closely tied to deliveries. The use of cargo bikes instead of delivery trucks will not only help reduce traffic and improve pedestrian spaces in the city center, but will also reduce emissions and noise. Opening the first cycle depot is a step towards a healthier city.”

The site selected for the logistics depot is on the border of Prague 8 and Prague 1, and until recently, it was used as a private parking lot.  Not only is it located just on the edge of the city center, but it is also shielded from inclement weather by the bridge of Prague’s arterial road. This location also makes it easily accessible for cargo coming in from the city's outskirts.

Pilot operations for the depot are planned to last six to eight weeks, during which the operations will be continuously evaluated. Numerous logistics and shipping companies are taking part in the project, including Dachser, DHL Express, DPD, GLS, Messenger, PPL, and Rohlik.cz. Together, these companies will operate a fleet of over 30 electric cargo bikes of various types and technologies.

Depot.Bike functions as a transfer point for goods that are sent from company warehouses on the city outskirts to the storage containers of individual logistics companies at the depot. From here, couriers pick up the goods, load them onto cargo bikes, and then quickly transport them-- with zero emissions-- to recipients in the city center.  Couriers are able to deliver up to 80 consignments from the depot daily. If the pilot project is successful, city leaders are prepared to introduce restrictions on the entry of trucks into the center of Prague.

Ondřej Boháč, Director of IPR Prague, adds: “The Prague cycle depot pilot project will take us a step closer to the standards of other European cities. We believe this type of low-emission logistics will not only help the city center, but also its residents. I look forward to evaluating the project next year, and I hope the Těšnov Depot will be joined by others throughout Prague.”

The depot will also serve as a presentation space for new technologies in light electric vehicles. In the spring of 2021, the depot will be expanded to include a logistics hub, where it will  be possible for individuals to drop off or pick up packages. The cargo depot is organized and operated by the Czech e-bike specialist ekolo.cz, in collaboration with the Prague Technical Road Administration.

“Electric cargo bikes are the next big thing in urban transport. Thanks to the depot, we at ekolo.cz believe bike deliveries will become a standard part of our city, and it will become normal for residents themselves to use classic bicycles or e-bikes for transportation,” concludes Jakub Ditrich, project manager at ekolo.cz.