Over 30,000 parcels have already been delivered by bike. Prague is preparing a second bike depot in Smíchov.

Last November, the city’s first bike depot designated for the delivery of parcels around the city center using cargo e-bikes opened in Prague’s Florenc district. In less than six months, couriers have delivered more than 30,000 parcels and travelled over 13,000 kilometers. Following this successful pilot project, Prague is preparing another bike depot in Smíchov. 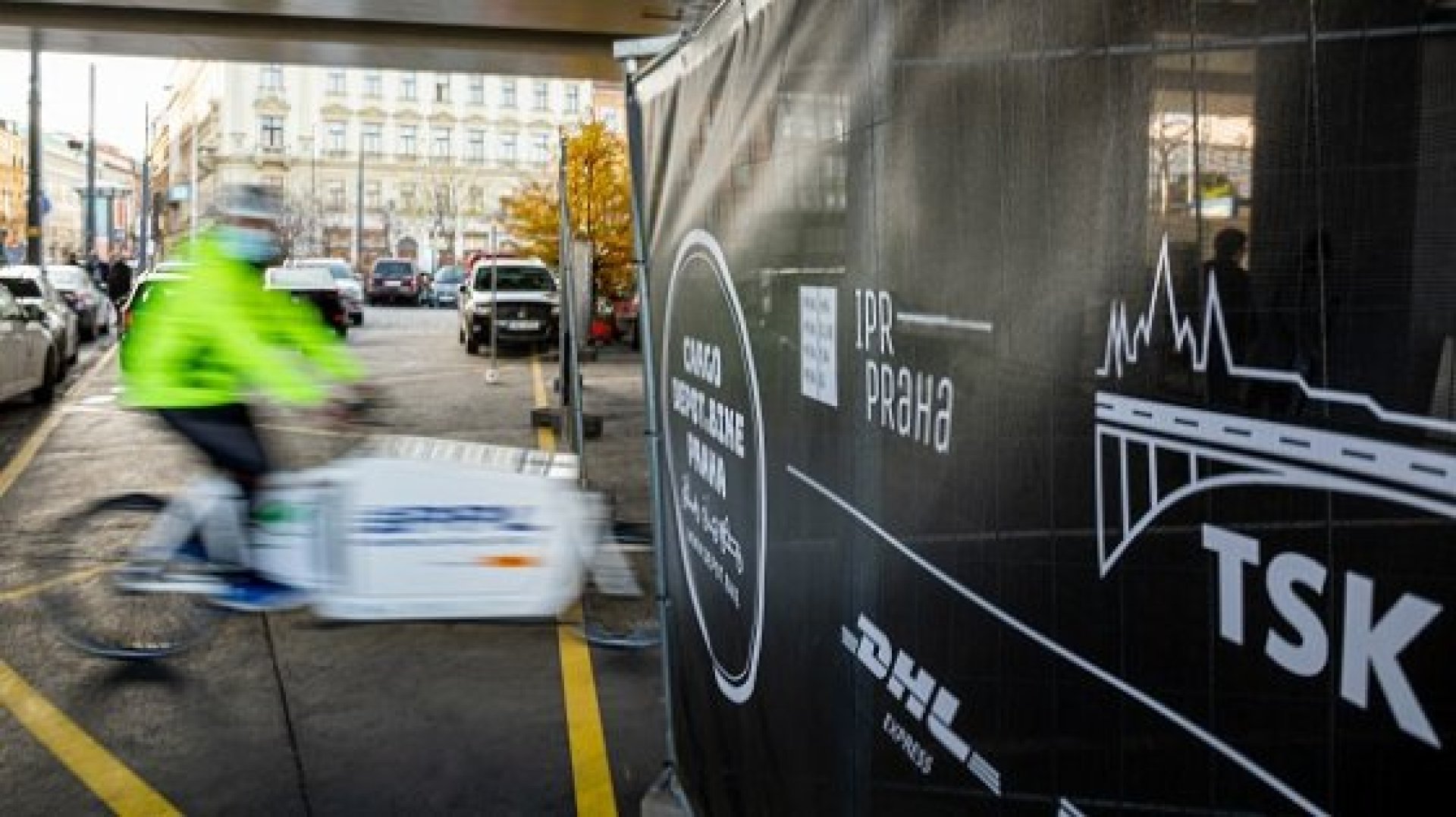 There are currently eight logistics companies operating out of the bike depot at Florenc. Their presence here contributes to improving the quality of life in Prague, through reductions in the city’s carbon footprint, improvements to safety, and a decrease in vehicular traffic in the city center. Through this pilot project, logistics companies were able to test a more sustainable way of delivering consignments using cargo bikes and couriers on foot.

Thanks to holiday shoppers, in December 2020, couriers at Florenc delivered 7,229 parcels—the most in one month since the project’s inception. Due to the extended state of emergency, the figures began to rise again in March, when 6,714 parcels were delivered. On average, the couriers deliver about 300 parcels per day.

Building upon this success, Prague will be launching the new bike depot in Smíchov this year. The central location is easily accessible for trucks, as the new depot will be located directly below the city ring road. Couriers will be able to easily service the opposite bank of the river as well.

Adam Scheinherr, Deputy Mayor for Transportation, says: “The trend in the number of parcels delivered during the bike depot pilot project confirmed our belief that this is an important project, worth pursuing and developing. A new micro depot to be located near Anděl is currently being prepared. If everything goes according to plan, we will open it by the end of the summer holidays. Our experience in Prague to-date indicates that micro depots in the city center improve the efficiency of logistics, so that goods always travel the shortest possible distance. In other words, the more depots we have, the better the entire system will work. At both depots, we cooperate with the largest players on the logistics market, who see the same immense potential in the project as the capital city does, and realize that efficient logistics are at the core of a healthy city. It fits into the overall vision for transport in the historic center, in our attempt to relieve it of exhaust, noise and transit traffic.”

Petr Hlaváček, Deputy Mayor for Spatial Development and the Land Use Plan, notes:“City logistics are absolutely crucial for the city and its development. The current functioning of the bike depot has given logistics companies the chance to confirm that the reloading of goods and use of pedestrian couriers and cargo bikes makes sense. Companies can test and find a long-term sustainable process that makes them willing to be more ecological.”

On 1 May 2021, Technická správa komunikací hl. m. Prahy, a. s. (Prague Road Management Administration) took over the management and operation of the bike depot at Florenc. This institution will also be responsible for building the new depot in Smíchov.

Ondřej Boháč, Director of IPR Prague, adds:  “For Prague, the use of cargo e-bikes is a huge step towards a sustainable city. Another area with immense potential for sustainable transportation and a sustainable environment is cargo rail transportation, and the city’s plans are also focused in this direction.”