The Florenc Cycle Depot named as a finalist in the 2021 EUROCITIES Awards. Another cycle depot is planned for Anděl.

In November 2020, a pilot project for the first cycle depot designed for the delivery of parcels around Prague’s city center by electric cargo bike was launched in the Florenc section of the city. This project has been chosen as a finalist for the 2021 EUROCITIES Awards in the Zero Pollution category, competing for the top spot with the De Energiecentrale project in Ghent, Belgium, and the Recyclerie des moulins project in Nice, France. The winner of the competition will be announced in November of this year. 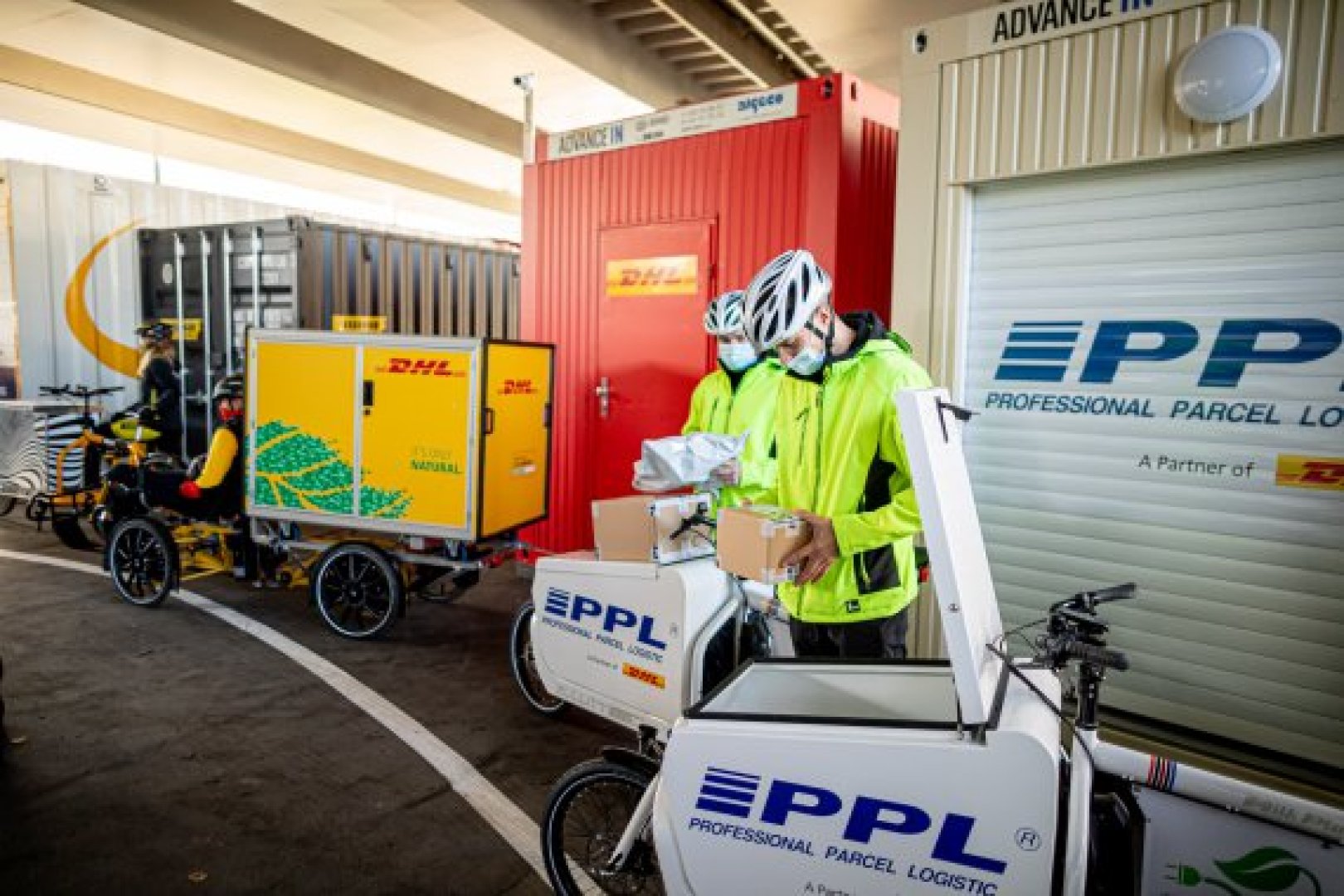 In the nine months since the depot opened, couriers on cargo bikes have delivered over 50,000 parcels and covered more than 23,000 km Following on the pilot’s success, Prague is planning another bike depot in Anděl, which will start operating this September. The Florenc depot will continue operating indefinitely.

Adam Scheinherr, Deputy Mayor for Transport, says: "The trend in the number of deliveries from the depot in Florenc confirmed our assumption: it is an important project, it makes sense to continue and develop it further. It was also deservedly included among the best European projects at the 2021 EUROCITIES Awards in the Zero Pollution category. Therefore, in September, we will launch another bike depot near Anděl. Our experience in Prague thus far shows that micro-depots in city centers can contribute to the streamlining of logistics so that goods arrive from the shortest possible distance. In other words, the more depots we have, the better the entire system will work. We are working with the biggest logistics players in the market at both depots. These companies, much like the City of Prague, see huge potential in this project and realize that efficient logistics are the basis of a healthy city. The depots fit in with our overall vision for transport in the city center, where we are trying to decrease emissions, noise, and transit traffic. We have started the process of modernizing logistics in Prague and we will continue to work on this issue.”

Petr Hlaváček, First Deputy Mayor for Spatial Development and the Land Use Plan, says "The bike depot in Florence has proven itself; it works well, as evidenced by the kilometers travelled by couriers, and that is why my colleagues and I have decided to create a new bike depot on the left bank of the Vltava River in Anděl. I am glad that this solution makes sense for logistics companies and that together we are looking for a solution to reduce emissions and noise in the dense streets of the city center."

The new depot in Anděl will be located directly under the city ring road, its central location making it easily accessible for the vans that will bring the parcels to be distributed. It will accommodate DoDo, WE│DO CZ, Dámejídlo.cz, Zásilkovna, DHL Express, PPL, Velká pecka and Direct Parcel Distribution. The Anděl micro depot will approximately double the number of sustainably delivered parcels in Prague using electric cargo bikes.

Ondřej Boháč, Director of the Prague Institute of Planning and Development, says: "For Prague, the use of electric cargo bikes is a huge step towards a sustainable city. I am delighted that we can set an example for other European cities in green city delivery. Another area with potential for sustainable transport and the environment is rail freight transport, so the city's plans are also focusing in this direction."

The management and operation of the cycle depot is the responsibility of the Prague Technical Road Administration, which will also build the new depot in Anděl. The new facility will operate in the same way as the cycle depot in Florenc.