The Vltava Philharmonic Hall comes one step closer to realization.

The Prague City Assembly has supported the realization of the Vltava Philharmonic Hall, a modern music center that will be built in Prague's Holešovice district over the next 10 years. Confirmation of the results of the international architectural competition by the Prague City Assembly was a condition for the city's accession to the contract with the author of the winning design, the Danish studio Bjarke Ingels Group (BIG). The signing will take place in autumn 2022, followed by the preparation of project documentation and obtaining the necessary permits to start construction. 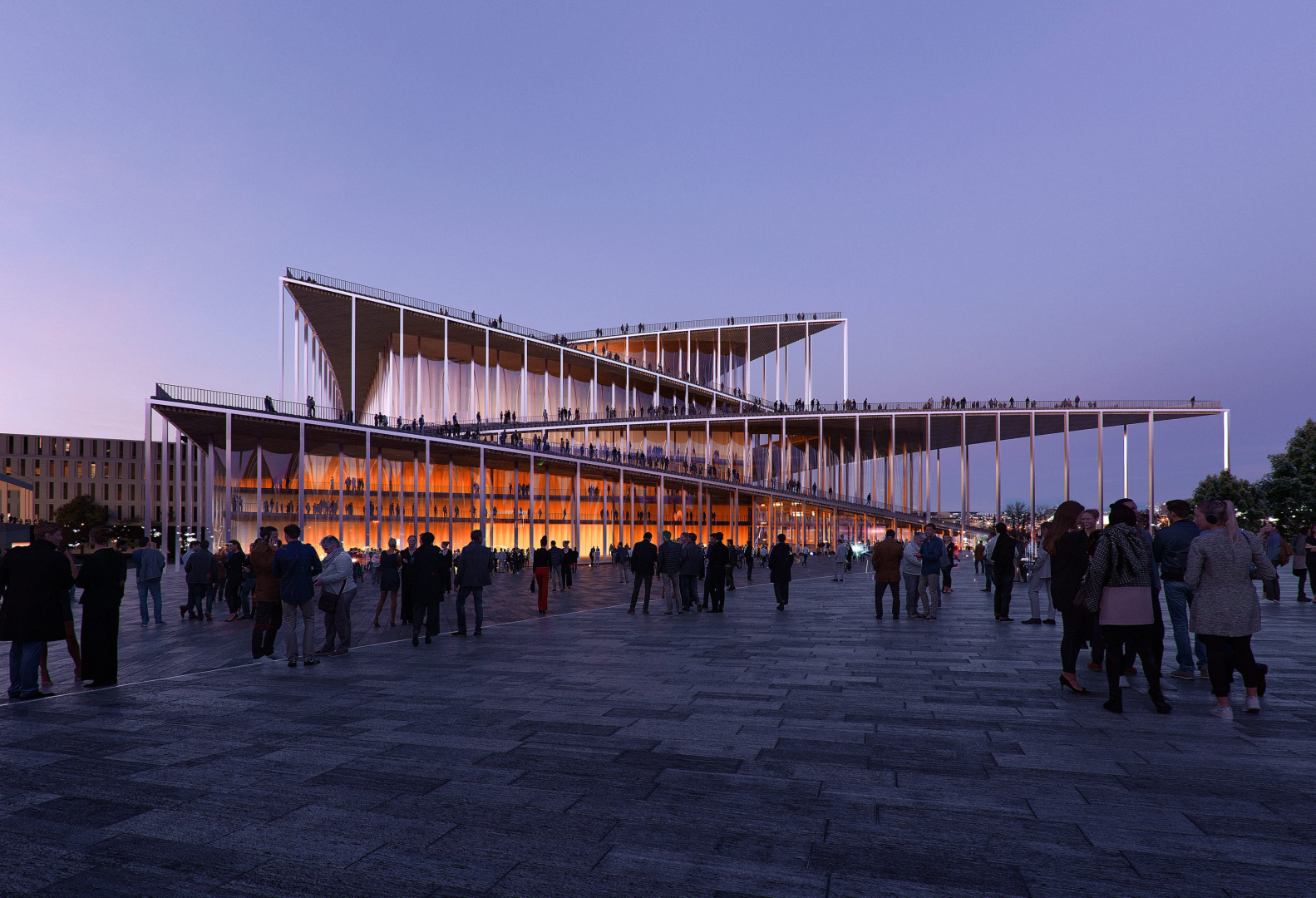 Petr Hlaváček, Prague's First Deputy Mayor for Spatial Development and the Land Use Plan, says: "We greatly appreciate the support of the Prague City Assembly, which is crucial for the project. Today, the Vltava Philharmonic Hall is one step closer to realization." Hlaváček adds: "Thanks to the successful change of the zoning plan and the support of the City Assembly, nothing is preventing the construction of this modern music center. With the Vltava Philharmonic Hall designed by studio BIG, we hope to return Prague to the map of modern world architecture, and to start the transformation of the Bubny-Zatory area."

The winning design of the Vltava Philharmonic Hall by studio BIG envisages the construction of three halls, a music department and creative hub of the Prague City Library, educational spaces for visitors, and a café and rooftop restaurant. The roof of the building is planned as a continuation of the public space of the plaza below, and the public will be able to climb to the top and enjoy a panoramic view of Prague without having to enter the building. The bank of the Vltava River will also be newly accessible. The investment in the construction of the Vltava Philharmonic building according to the winning architectural design is currently estimated at CZK 9.4 billion.

"The new philharmonic hall will transform Vltavská with its complicated traffic and urban situation into a cultural center of national and European importance. The authors of the winning design perfectly understood that Prague 7 wanted a place for people to meet, from international orchestras to children's choirs and art schools," says Jan Čižinský, Mayor of Prague 7.

Hana Třeštíková, City Councilor for Culture, says: "The Vltava Philharmonic Hall will be a contemporary music center of world standards, confirming Prague's reputation as a cultural metropolis. The city expects the project to make maximum use of the potential of the Vltavská site, the last vacant socio-cultural plot along the river close to the center of Prague."

The international architectural competition for the design of the Vltava Philharmonic Hall was announced by the City of Prague together with the Prague Institute of Planning and Development (IPR Prague) at the end of August 2021. 115 teams from 25 countries entered the competition, and five renowned architectural studios were invited to participate. In November 2021, the international jury announced the selected finalists. The finalists then submitted 19 proposals, from which the winner was chosen in May 2022. In addition to the winning studio BIG, the runners-up include Barozzi Veiga + Atelier M1, Bevk Perović Arhitekti, Petr Hajek Architects, and Snøhetta.

The final stage of the construction of the new music hall is expected to begin with the selection of a contractor during 2026. The start of construction work is expected in 2027. The Vltava Philharmonic Hall should be completed in 10 years, i.e. in 2032.

In autumn 2022, IPR Prague will also involve the public in refining the design, giving people a say in the design of the public spaces and public parts of the building,.